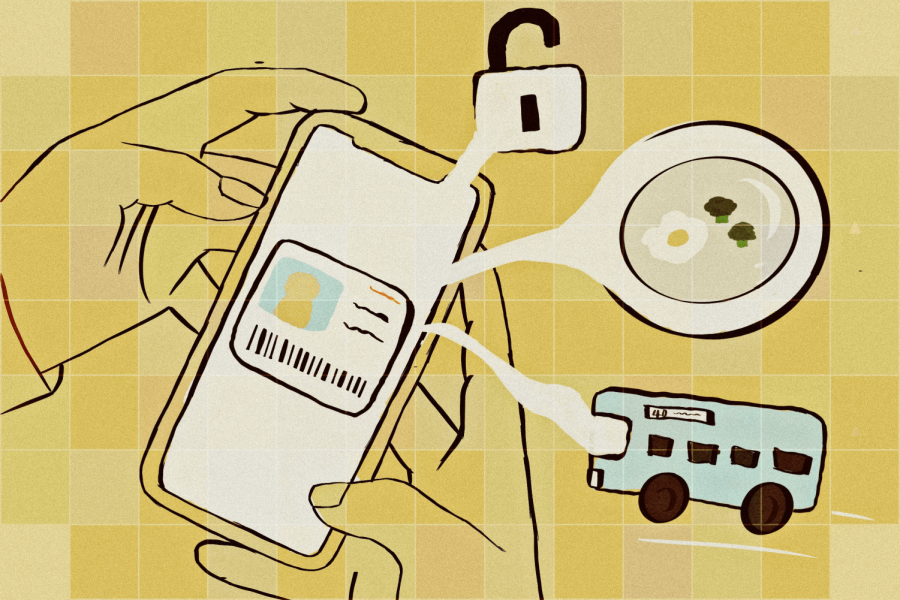 With the introduction of Apple Pay, wallets have become increasingly obsolete. Anyone can put all their credit and debit cards on their phone and pay without taking their wallet out.

The one limitation of Apple Wallet was the lack of virtual IDs. This is no longer the case.

On June 7, Apple announced it would bring support for driver’s licenses and other IDs to Apple Wallet with its latest major software update, iOS 15, to be released in September.

Another benefit of using virtual student ID cards is that students would be able to easily check their Dine In Dollars and Bevo Pay balances from the Apple Wallet app instead of logging in to MyUT and navigating through several webpages to see how much money they have left.

The Apple website shows that the balances would be listed on the card itself and would change instantaneously with each purchase.

“When I (left) my room I realized that I (didn’t) have (my ID). I [had] to ask the front office to let me in … (it’s) a whole big deal,” said Galvan. “My friends (use Apple Wallet to pay) and it’s super convenient. (When I watch) them just scan their phone, I wish I could use it.”

Having the option of a virtual student ID would allow students to stop worrying about leaving their IDs in their room, in their wallet or even losing their ID. It would be conveniently located on their phone with all of their credit cards.

“It would make things a lot easier because my phone is the first thing I grab when I leave my room or anywhere, but IDs and keys (are) a lot more (than just a phone) that you could forget easily and just cause the whole hassle,” said Galvan.

“The adoption of virtual ID cards for campus use would be dependent on several considerations including campus community feedback on university-wide use of virtual IDs, proprietary functionality of smart phones, campus community access to smartphones, campus security, and building compatibility with virtual IDs. For example, at this time not all campus buildings would support the capability for digital IDs,” Trevino said in an email.

UT doesn’t need to make large-scale infrastructure changes. Since some buildings already have the capability to implement this change, it wouldn’t impose a large burden on the University.

UT should also look into integrating virtual ID capabilities with other companies such as Google and Samsung and their virtual wallets to increase access to virtual ID cards to individuals who use android platforms. Because Apple Wallet is a platform already designed for virtual IDs, it’s a good place to start.

UT cannot be left behind in the digital age. It must improve its digital infrastructure — starting with student IDs.

Gupta is a Plan II honors and biology sophomore from Plano, Texas.