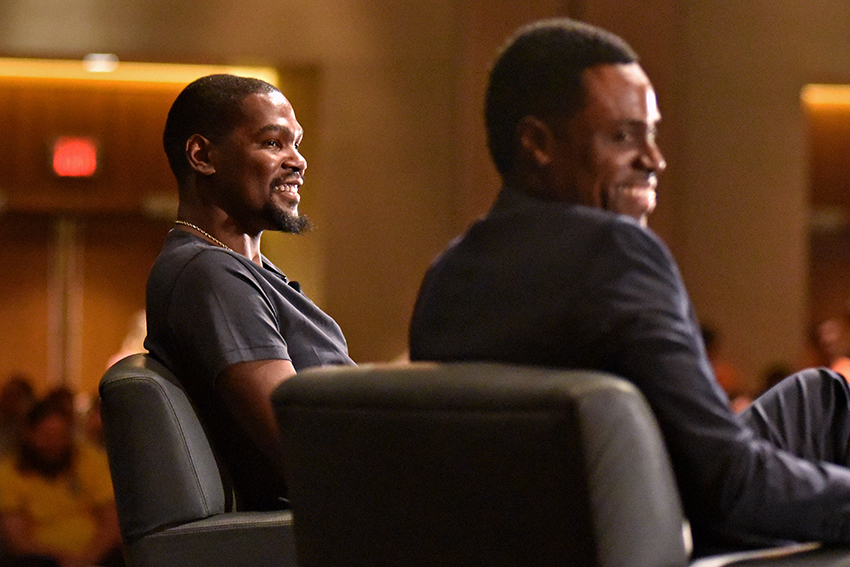 The 2020 Tokyo Olympic Games, which began just over a week ago, has seen a handful of athletes that are either currently, formerly or previously affiliated with the University of Texas at Austin.

The biggest story came when 17-year-old swimmer Lydia Jacoby won gold in the women’s 100-meter breaststroke. An incoming senior in high school and University of Texas commit, Jacoby became the first American woman to win gold in swimming in the 2020 Olympics.

Jacoby said even she wasn’t sure how she pulled it off.

“I definitely stressed myself out yesterday,” Jacoby said in a post-race interview. “I was just trying to feel good and happy going into it. I feel like I did that.”

Her hometown of Seward, Alaska hosted a watch party for Jacoby, and the crowd erupted in cheering and commotion following the upset.

“We love to keep that gold in the USA family,” King said. “This kid just had the swim of her life and I am so proud to be her teammate and win bronze for my country.”

Jacoby wasn’t the only future Texas athlete to have success so far in this year’s Olympics.

Sullivan finished just four seconds behind superstar Katie Ledecky, her American teammate in the event. It was a dream come true to compete alongside Ledecky, Sullivan said in an interview with NBC.

“It’s really awesome getting to make history here in Japan,” Sullivan said. “I kinda consider it my second home, and getting to do it as a queer Asian American woman is always awesome too.”

Kevin Durant, who played basketball at the University of Texas from 2006-2007, has struggled early in this years’ Olympics. The U.S. men’s basketball team had a record of 2–2 in exhibition matches defeating Argentina and Spain, but losing to Nigeria and Australia.

Team USA opened up the Olympic preliminary round groups with a loss to France. Durant only put up 10 points while spending most of the game in foul trouble.

Having picked up his fourth foul late in the third period, head coach Gregg Popovich had no choice but to keep him on the bench until the final quarter.

The team got back into their true form the next game with a win against Iran. Durant scored 10 points, picked up five assists and grabbed five rebounds.

Plenty more is yet to come from the University of Texas athletes at the 2020 Tokyo Olympic games. Coverage of the Olympics will continue through August 8 on NBC.