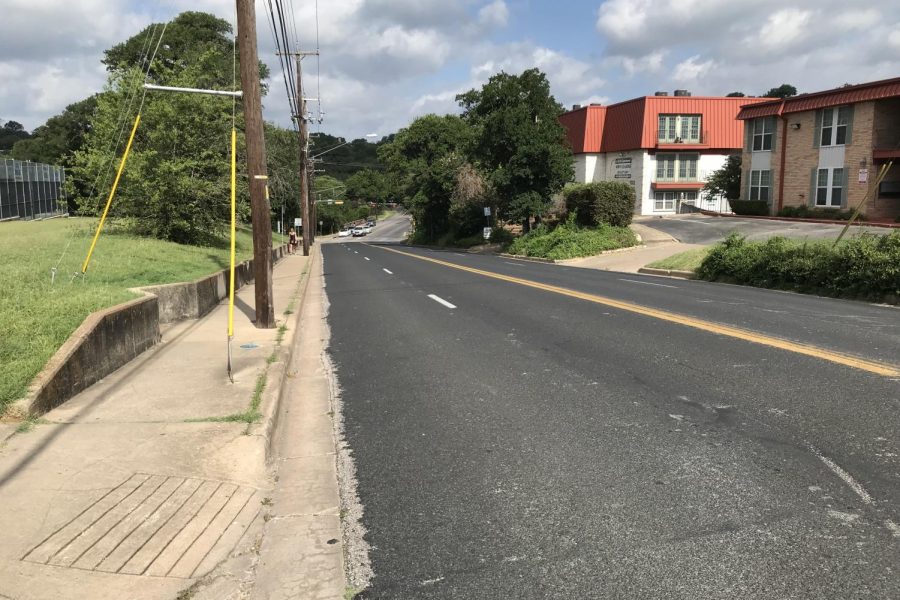 Editor’s Note: This article first appeared as part of the July 26 flipbook.

West Campus will soon see the addition of bike lanes, two-way streets and sidewalks in the coming years as the city of Austin moves to increase pedestrian safety.

The Corridor Program Office, which oversees transportation throughout Austin, will update Guadalupe Street in late 2021 to be compliant with the Americans with Disabilities Act with curb ramps and sidewalk replacements. Additionally, in 2022, Nueces Street will be converted into a two-way street, have new sidewalks, a new traffic signal and a bike lane. West 24th Street will also see improvements in 2023, with the city transforming the current one-way street into a two-way travel road. The city will also build an eastbound bike lane, a center turn lane and repaint road signage.

“The City takes seriously our responsibility to uphold our promise to build 2016 Mobility Bond projects that will help make travel safer, less congested, and more connected for everyone,” said Kelly Buethe, senior public information specialist for the city of Austin and Corridor Program Office liaison.

As of 2019, two out of every five people killed in the streets of Austin were pedestrians, according to the Austin American-Statesman. By February 2020, Austin recorded a four-year high of traffic deaths with 17 fatalities in the first two months of the year.

Sanjna Bhatia, a human development and family sciences and Spanish senior, said she looks forward to having the roads fixed and an increase in traffic control.

“The changes would make driving and getting out of that West Campus area easier,” Bhatia said. “Right now, I have to get onto Rio Grande, which is a one-way and then on (25th Street) and then onto Pearl and then back on (24th Street), which takes more time.”

But, Bhatia said she is worried students may be confused by the road improvements and construction.

“(Students) could tell landlords or tell management companies to send out information,” Bhatia said. “I think that it’s really important for students to know what’s happening.”

Buethe said there will be some road and sidewalk blockage during construction. However, she said her office intends to meet with property owners to discuss project plans. Buethe said the office will notify residents, business and community organizations via social media and email alerts before and during the construction.

“We are doing our best to ensure that the community feels benefited by the projects and that they feel confident in safer, more efficient travel once the improvements are completed,” Buethe said.