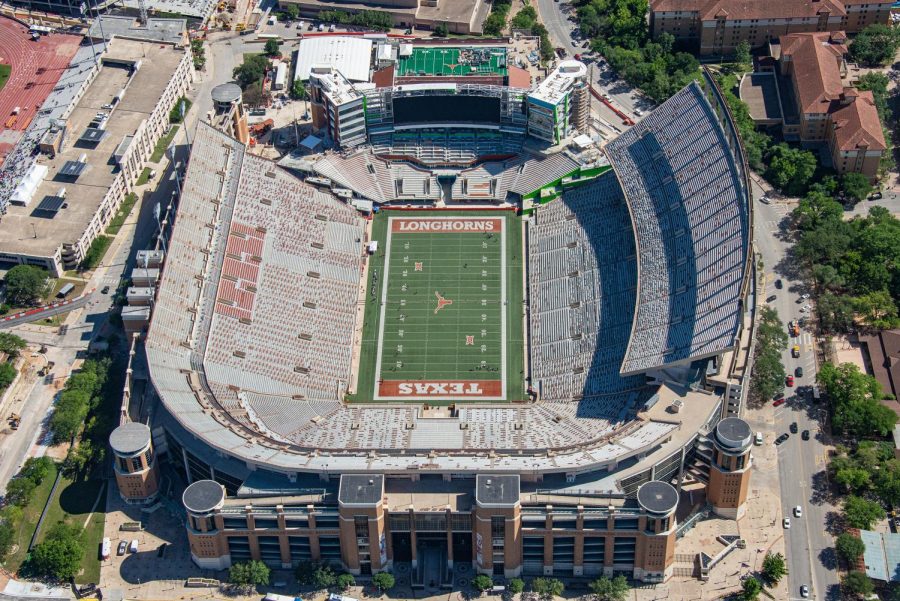 Rumors evolved into facts in a matter of weeks after the two largest schools in the Big 12 Conference, Texas and Oklahoma, affirmed in writing their intent to move to the neighboring Southeastern Conference. The move sparked backlash from college football fans and universities alike, so much so that their voices are now being heard in the Texas legislature.

Legal opposition to Texas’ decision began on July 23, when a group of over 30 Texas lawmakers filed House Bill 298 to block the conference split. The move was largely symbolic and unlikely to pass at first, but it culminated in the formation of a Senate Select Committee to debate the various concerns regarding the issue.

Chief among them is the possible economic recession the University of Texas could leave in its wake by fleeing to the SEC. The Senate committee frequently cited a report from Ray Perryman of the Perryman Group, a Baylor alumnus whose economic research firm is based in Waco.

According to Perryman, there are two possible scenarios which could occur when the Longhorns leave the Big 12.

If the conference disbands completely in the absence of Texas and Oklahoma, Perryman estimates losses of “$1.3 billion in annual gross product and 18,063 jobs” in the communities surrounding the universities left behind, namely local businesses in college towns who are used to hosting Power 5 crowds every fall.

If the conference can weather the storm and remain intact, Perryman expects similar losses of $938.9 million and 12,623 jobs.

“The innate co-dependencies that are present in college athletics conferences extend far beyond the playing fields,” Bowlsby said.

Such positions were not equally entertained by all members of the committee. Sen. Juan “Chuy” Hinojosa pointed out how the Perryman report has yet to be reviewed by another source, claiming it “really overstates some of the negative economic impacts” of the Longhorns’ exit.

He also raised questions concerning the financial independence of other Texas colleges on the state’s flagship university.

“It seems to me that UT ends up subsidizing … the other schools in the Big 12,” Hinojosa said.

Another point of contention was the exit process itself. Texas and Oklahoma gained approval into the SEC just nine days after The Houston Chronicle first broke the news.

Bowlsby told the senators that process “just doesn’t happen overnight,” claiming the two archrivals violated several of the conference’s bylaws they helped to establish by working with the SEC for months on how to gain admittance to the conference.

While senators questioned the enforceability of these bylaws, they acknowledged the utility of such provisions.

Baylor president Linda Livingstone told senators she believed Texas and Oklahoma should have given proper notice of their decision so that the other Big 12 schools could adequately prepare for the financial and competitive repercussions.

“It doesn’t mean it would have played out any different(ly), but I think it might have allowed us to have conversations about how … to help with that transition,” she said.