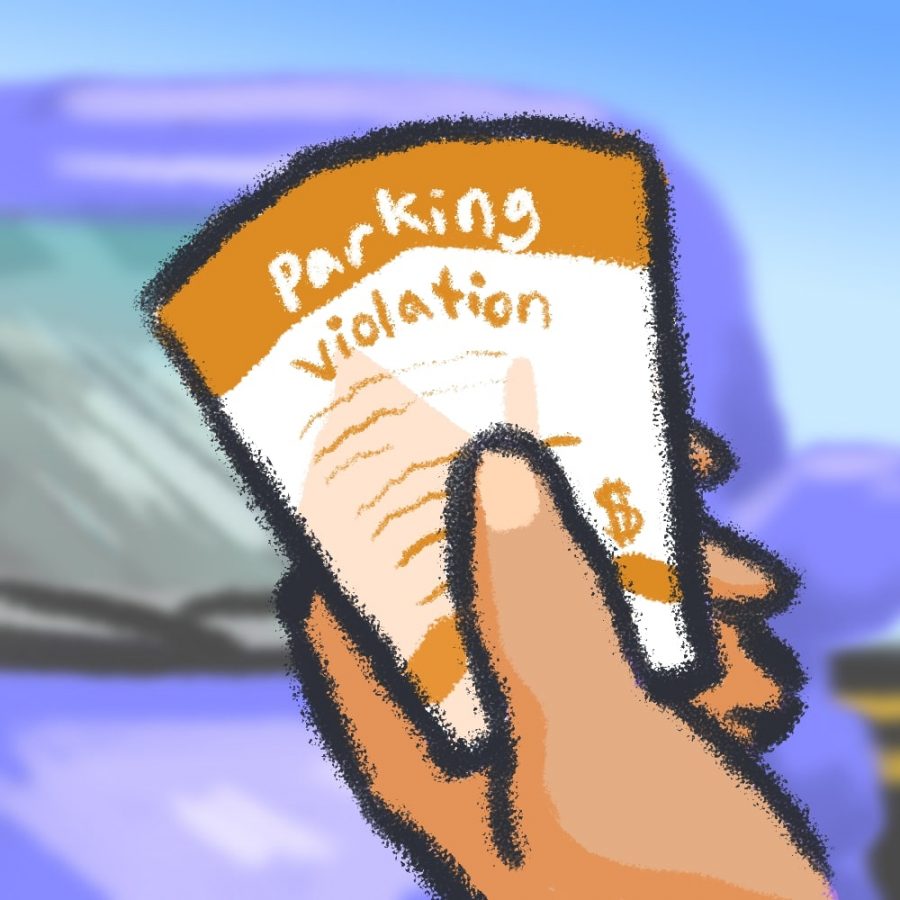 To Malcolm McGregor’s disbelief, after parking in a 15-minute parking zone to briefly grab an item off campus, he came back to a hefty parking fine placed on his windshield.

“I parked in a 15-minute spot, which didn’t require a permit,” alumnus McGregor said. “The ticket was 30 dollars. I feel as though for it to have been a 15-minute parking zone, $30 is an insane amount.”

The Austin Transportation Department writes about 150,000 tickets a year but nearly $7.5 million in fines is still outstanding according to KXAN. Parking and Transportation Services at UT has a similar problem considering it issued 34,737 citations in the 2017-2018 year but 4,144 were left unpaid or unresolved. With constant construction projects and changes in violations, some students feel parking at UT has become a hassle.

“I feel like it was unnecessarily harsh to be so on the prowl about parking,” McGregor said. “I’ve given a lot of money to this campus and the west campus area, and having to stress about parking seems a bit wrong.”

“I parked outside the stadium for about 30 minutes in a parking zone that I quickly found out my permit did not cover,” Robinson said. “I knew I was going to be in and out quickly so it made no sense to me to walk a mile from where I usually park.”

Given that football players bring in a lot of the University’s revenue, Robinson feels not having accessible parking to attend football-related events is counterproductive.

“A bunch of my teammates have received tickets and boots for the same reason I did,” Robinson said. “We wanted to quickly walk into the stadium without making a 15 to 20 minute walk.”

Biomedical engineering junior Zeenat Oyebanji had a similar experience to McGregor and Robinson. She was recently ticketed in the only available nearby parking whilst dropping off multiple 30 pound boxes at the UT campus UPS store.

“It took three to four minutes for me to watch someone as they came and put a ticket on my windshield,” Oyebanji said.

Oyebanji said she wishes they would not only create closer parking spaces but make the parking street signs more visible and easily understood.

“The lady directed me to park where a sign read ‘loading zone’ about a block away,” Oyebanji said. “I wasn’t familiar with the terminology ‘loading zone’ and didn’t even know I could park there.”

Oyebanji thinks it is absurd that students carrying heavy items have to walk far just to drop off something on campus and believes more accessible parking would lead to better attendance and student quality of life.

“To me, parking on campus should absolutely be free. This is just another hindrance of accessible education,” Oyebanji said. “Having affordable and more available parking would 100% help off-campus students succeed.”