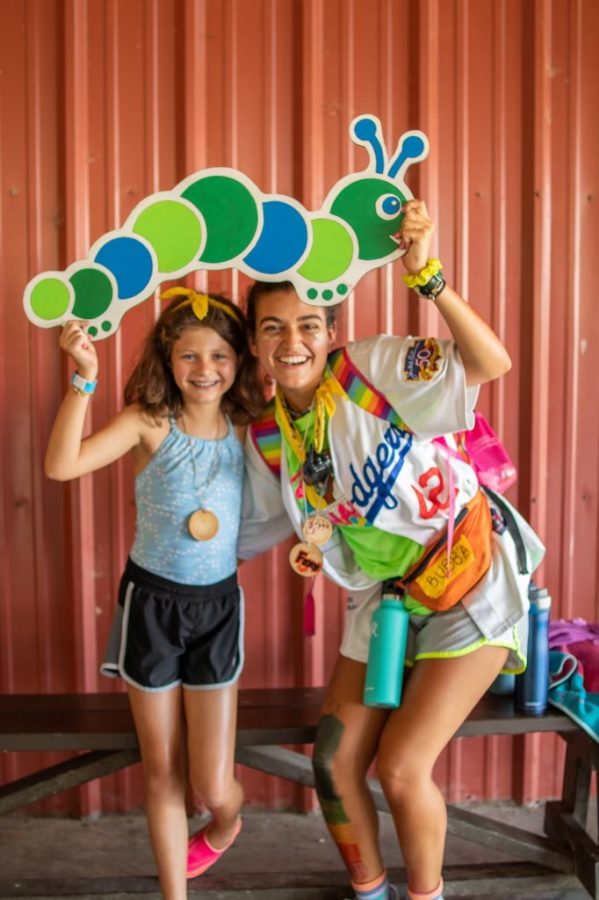 Editor’s Note: This article first appeared as part of the August 2 flipbook.

Tweet: UT students share their experiences bringing hope and support to those affected by cancer through organizations Camp Kesem and Texas 4000.

Richa John felt her heart warm as she welcomed a group of 10-year-olds to Camp Kesem. At first shy and homesick, the kids quickly became John’s friends, teaching her about the fragility of life.

“As a camp counselor, I got to meet a lot of kids who had been deeply affected by every surgery or treatment their parents underwent,” said John. “Even so, they all have such a unique take on life.”

Camp Kesem is an organization dedicated to supporting children of cancer patients by holding one-week camps at no cost. Camp Kesem has 137 different chapters serving 11,300 children between ages six and eighteen. After joining the University of Texas chapter her freshman year, Camp Kesem has been part of John’s life for almost four years now.

“With having to witness a parent suffering through a disease like this, children often have to take on bigger roles,” said John. “I like to think that for one week, I help to restore that childhood experience.”

In the U.S, an estimated 41 out of 100 men and 39 out of 100 women are at risk of developing cancer during their lifetime. Rebekkah Schear, associate director of patient experience at the Livestrong Cancer Institute, understands the need for children to acclimate to the news of a parent’s diagnosis and makes referrals to Camp Kesem.

“When the cancer diagnosis is found, it impacts the family social fabric,” Schear said. “By allowing kids to come together who have a shared experience of a loved one with cancer, they have this safe space where they can just be kids, but they can also process their grief surrounded by people who understand what they’re going through.”

Premed senior John, Kesem Name “Pup,” said she’s inspired to take part in other events that support the cancer community like Texas 4000, a 18-month leadership program committed to fighting cancer through community initiatives. The student-led program encompasses a 4,000 mile bike ride from Austin to Anchorage, all while raising money to support cancer research.

“Cancer is this daunting and difficult disease, so biking across the country seemed easy in comparison,” John said.

Chemical engineering senior Arshaan Ali, Kesem Name “Baymax”, said he was stunned to see such improvement in campers’ confidence and involvement. Upcoming co-director for next summer’s camp coordination, Ali roots for the campers emotional development at their home away from home.

“The first day of camp, (one camper) wouldn’t talk to anybody,” said Ali. “But slowly she was becoming incredibly comfortable and that kind of blew me away, just the fact that she felt so accepted in our little community.”

Elle Saliba, Kesem Name “Bubba,” cried tears of joy as she watched campers play soccer in the grass on friends and family day. The children were beaming and candles were being blown, in celebration of a parent’s birthday. In that brief moment, Saliba felt like everything would be okay, like they would get through this together.

“Witnessing an every day thing happening with such joy will never leave me,” said alumna Saliba. “Watching what Kesem play out in what is otherwise just a field of kids laughing together… that’s strength.”

Besides having such an impact on children’s lives, organizations like Camp Kesem and Texas 4000 also exercise the future of young leaders. Saliba and John said they feel lucky to have cultivated such a loving community with their peers and become sources of comfort for those in need.

“People silently suffering yet having the courage to share their pain with me takes a deeper level of friendship,” said John. “I ride for them.”