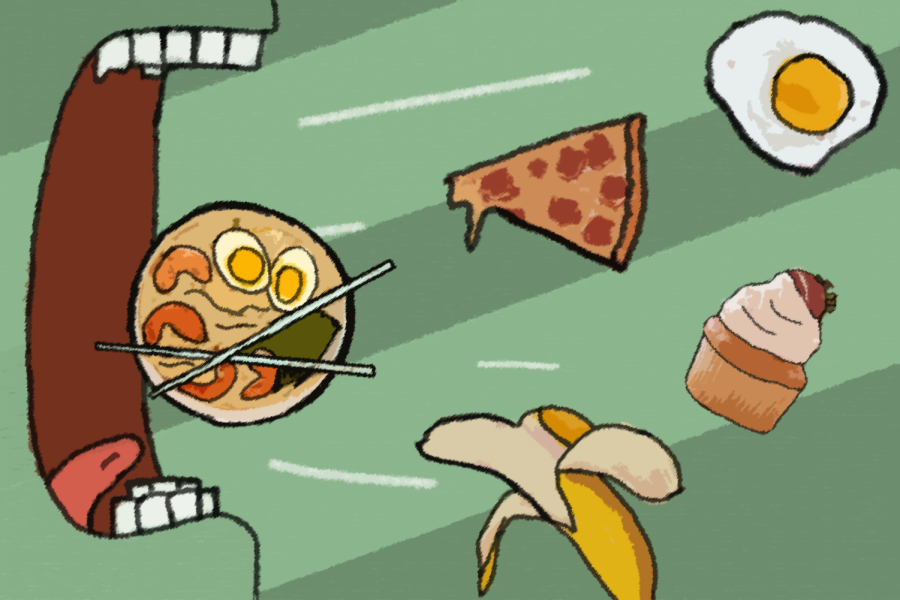 When I walked into Jester 2nd Floor Dining for the first time this summer, I swiped my ID as normal and got some food. A few days later, I happened to check my Dine In Dollar balance, which was a process in and of itself. After navigating multiple links and websites, I saw that I had unknowingly spent more than $100 in less than one week.

Finally, I found the issue: J2 had been charging me $11.50 for every lunch and $13 for every dinner. Even if I only ate twice a day, I would be spending $170 on lunch and dinner each week.

I was only given 900 Dine In Dollars for the summer. I was staying on campus for 10 ½ weeks. If I purchased lunch and dinner every day, I would run out of money in a mere 5 weeks — less than half of my stay.

This came to me as a surprise. The University was severely limiting the amount of meals they cover, posing a significant burden for students. UT should offer unlimited swipes for its dining halls to its summer residents living in San Jacinto Residence Hall, just as it does during the fall and spring semesters.

Rene Rodriguez, director of dining for the University of Texas at Austin, explained why unlimited meal plans are given to students during the fall and spring semesters.

“During the fall and spring semesters, students would run out of money or they’d have to limit themselves … and we really didn’t want that to happen with our students, especially with the food insecurities … and so we went to the unlimited meal plan,” Rodriguez said.

Why, then, would the University limit summer meal plans if they recognize that giving students a limited amount of money contributes to food insecurity?

Rodriguez also explained that summer students might be here for only half of the summer and wouldn’t know if they’re going to be here for the first or second summer session.

“It’s not fair to them to charge them for a complete meal plan,” Rodriguez said.

The University doesn’t need to charge summer students for a full meal plan and can give them unlimited swipes for the time that they are living on campus. There doesn’t need to be any additional costs.

With the second largest endowment in the United States, sitting at $31 billion, the University has the means to prevent food insecurity on campus by reforming current policies that might perpetuate it, like not properly feeding its on-campus summer students. Food is a necessity, and it’s something University leadership should prioritize if they value their students’ well-being.

Biology sophomore Gracie Baker commented on the stress they experienced when their Dine In Dollars ran out for the summer.

“I thought we did have unlimited swipes and I actually ran out of (Dine In Dollars), so I had three days left here and I didn’t have any more money,” Baker said. “I had to budget out for my last week to buy groceries.”

No student should have to stress about food while at University. They should be learning, not worrying about how they might be able to afford their next meal.

Give students unlimited meal plans. You already do it for the fall and spring semesters. It shouldn’t matter if we’re staying for half of the summer or the whole summer. The University shouldn’t put students in the position of having to worry about rationing their meals.

Gupta is a Plan II honors and biology sophomore from Plano, Texas.