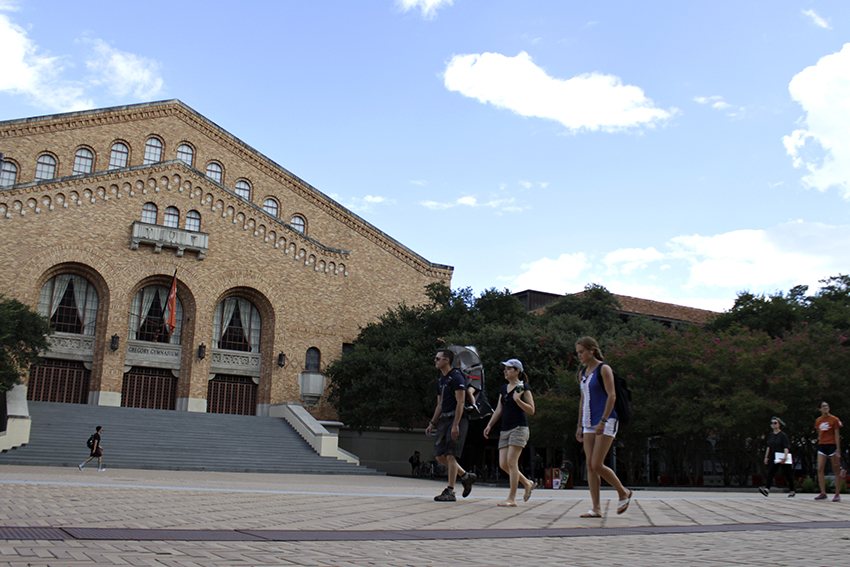 Gregory Gymnasium and the Gregory Gym Aquatics Complex are closed until further notice, following heavy rainfall that caused areas of the facilities to flood, according to a Recreational Sports spokesperson.

Jennifer Speer, senior director of communications for RecSports, said in an email that there is damage in the basement level of Gregory Gym. Speer could not provide the extent of the damage as of Sunday evening. The flooding also impacted the gym’s lobby.

RecSports has not decided the reopening date of the gym and aquatics center, but Speer said in an email that it would continue to provide members with information on the situation on its  website. The Recreational Sports Center will open Monday for students looking for an alternative option to Gregory Gym.

Speer said a high volume of rain over a short period caused the flooding, and the damage is currently being assessed. The University received about 3.35 inches of rain over several hours on Sunday when the flooding took place, according to the National Oceanic and Atmospheric Association. During the time of flooding, the National Weather Service released a flash flood warning for areas of Austin, including campus, on Sunday until 5:15 p.m.

Several students shared videos on social media of the flooding and a large amount of water projecting out of the floor in the main area of the building. Speer said this was because of issues with an internal drain that runs under the lobby.

Whitaker Courts and the Charles Alan Wright Fields at the Berry M. Whitaker Sports Complex are also closed Sunday due to inclement weather, according to the RecSports website. A reopening date is not specified.