“He’s All That” stars Addison Rae and Tanner Buchanan talk getting the part, Addison’s acting debut, and creating on-screen chemistry 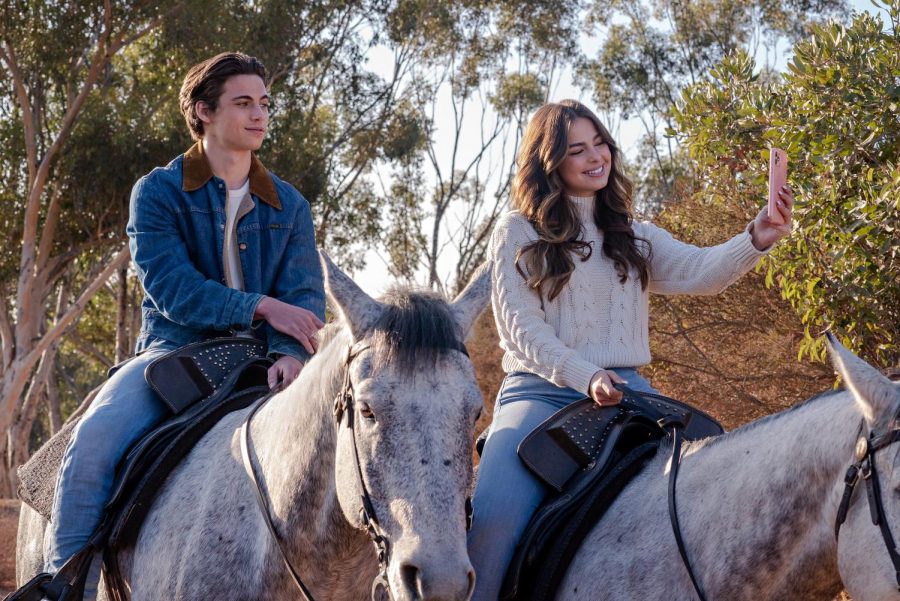 Tanner Buchanan (left) as Cameron Kweller and Addison Rae (right) as Padgett Sawyer in He's All That.

From your TikTok FYP to your Netflix screen, Addison Rae takes Hollywood by storm.

Netflix’s “He’s All That,” a reimagining of the classic film “She’s All That,” follows high school influencer Padgett Sawyer (Addison Rae) as she attempts to give local loser Cameron Kweller (Tanner Buchanan) a life-changing makeover. The Daily Texan attended a college newspaper roundtable discussion with the film’s stars.

The Daily Texan: How was this project pitched to you, Addison? How did you get involved with a feature film?

Addison Rae: First of all, this is right, right? *displays hook’ em sign*

DT: *nods in approval and displays hook ‘em back*

AR: Yeah, I have a friend that goes to UT. I had met up with the producer Jennifer Gibgot really early on in my moving to LA just trying to get myself in front of people. Jennifer had mentioned she was wanting to do this remake … We didn’t really talk much about it. I wasn’t really there to get offered any roles, I was just doing a general meeting like, “Hi, I’m Addison and this is what I want to do with my life and career …” I was very new to the scene … it’s a whole ‘nother world out here in LA, especially compared to Louisiana where I’m from, so I auditioned, did some self-tapes, did many self-tapes actually. Probably 10 different versions of different scenes, seeing how well it was a fit. Then I got to go to Mark (Waters), the director, and do an audition as well, (and) it ended up working out. I remember I was crying so hard out of sadness right before for something else, and then I got the call … (I) started crying even harder because I was so excited. It was a really incredible experience. I definitely had to work very, very hard. It was a really crazy and intense process but so worth it.

Ryan Hardison, The Daily Aztec: Both of you, how does it feel to be portrayed in a romantic relationship on screen? Is there any preparation that goes into that sort of mindset?

AR: I obviously have not experienced this before, but I know (Tanner has) been involved in relationships as far as a role. I wouldn’t say it’s anything like a real relationship … it feels natural because you really get into these characters. Whenever the scene is over, it just kind of goes back to me and Tanner being besties.

Tanner Buchanan: I’ve kissed a lot of different people on screen so far. You have that closeness, but it’s not a relationship … it is a friendship … you kind of shut your real self off, really in any scene, to find that character and what that person is going through.

Allyson Weissman, Daily Bruin: Your career and rise to fame is similar to the character you play. How were you able to draw upon your own experiences to showcase the emotional highs and lows of being an influencer?

AR: That’s a huge part of why this role felt so right for me … I also started off like Padgett, very cautious and scared and like, “I wanna be perfect because I don’t want to disappoint anyone.” You feel pressure. It’s social media … you never can mess up. That was a struggle for me too, letting people tell me “You can’t mess up … there’s no room for mistake.” I’m learning, I’m only 20 years old … we do have access to a lot more which is why I do believe people are raising the standard for what you need to know and what you should know which is great … you need to be educated on things early in life, which is incredible, but we should also always have grace on ourselves and remember we are human.