Longhorns fail to capture their first win of the season in Florida, fall to UCF and UF. 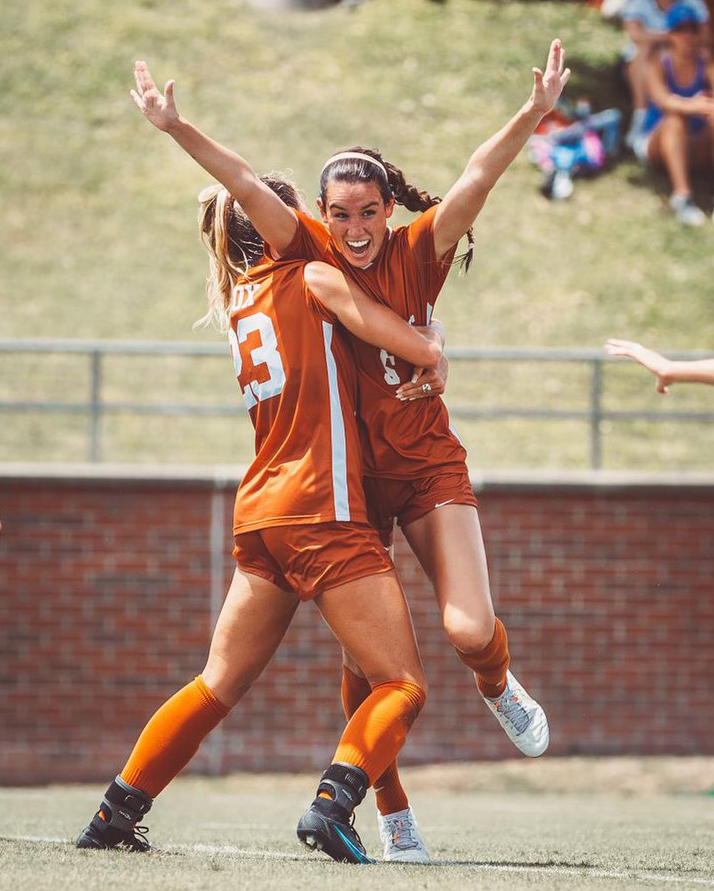 In their highly anticipated return to the field, Texas women’s soccer opened their season in Florida, dropping their opening match 4-0 to UCF on Aug. 19 and tying their second 1-1 three days later against Florida.

Even though the contests were not played far apart in Orlando and Gainesville respectively, the Longhorns looked like a different team in the two outings.

In their first match against UCF, Texas struggled early to find their footing and execute head coach Angela Kelly’s game plan in the 4-0 loss.

In the opening 90 seconds, the Knights moved the ball through their backline gaining momentum and settling into the game with each pass. Close to midfield, a disorganized Texas defense was beat by a through ball to a forward making a great run down the left side of the field.

Not even the experienced fifth year goalkeeper Savannah Madden could stop the scoring opportunity as UCF put the ball in the back of the net, giving them a 1-0 lead.

In the closing minutes of the first half, the Texas defense started to anchor down and limit their opponents’ scoring chances. After Madden made a great one-handed save sending the ball away from goal, a mistimed tackle inside the box from Longhorn sophomore defender Emily Cox gave the Knights a penalty shot.

Madden tried to make a save but just missed it as it went over her fingers into the top of the net, making the score 2-0 heading into the half.

From the early moments on until the final whistle, Texas never created enough quality chances and couldn’t defend for long periods of time as they lost in their first shutout since last November against Texas Tech.

In the second match against the University of Florida, the Longhorns looked comfortable and energetic, something that was lacking in their first contest.

In the second period, senior midfielder Julia Grosso received the ball at midfield and dribbled her way past defenders toward goal. Looking up at the net, she sent a shot toward the bottom right post that was deflected out for a corner kick.

Freshman midfielder Lexi Missimo sent in a high-arching ball into the box that was met by fellow midfielder, senior Carlee Allen. Allen launched herself into the air, beating defenders to the ball and sending it past the keeper into the back of the net to give Texas the lead and their first goal of the season.

The Longhorns looked like they were going to win their first match of the season, but with less than five minutes to play, they conceded a goal. Senior outside back Emma Regan misread the field, sending a ball into a teammate and giving the Gators possession once again.

With Texas’ backline not set, Florida forward Kit Loferski made a move to create enough space to send a shot just past the outstretched arms of Madden. The game ended up going to overtime where both teams had a few shots at goal but neither one found the back of the net, ending the contest in a 1-1 draw.

The Longhorns showed tremendous promise in their second match after being shut out and are now 0-1-1.

Texas will look to capture their first win of the season this Sunday evening against Georgetown at Mike A. Myers Stadium.