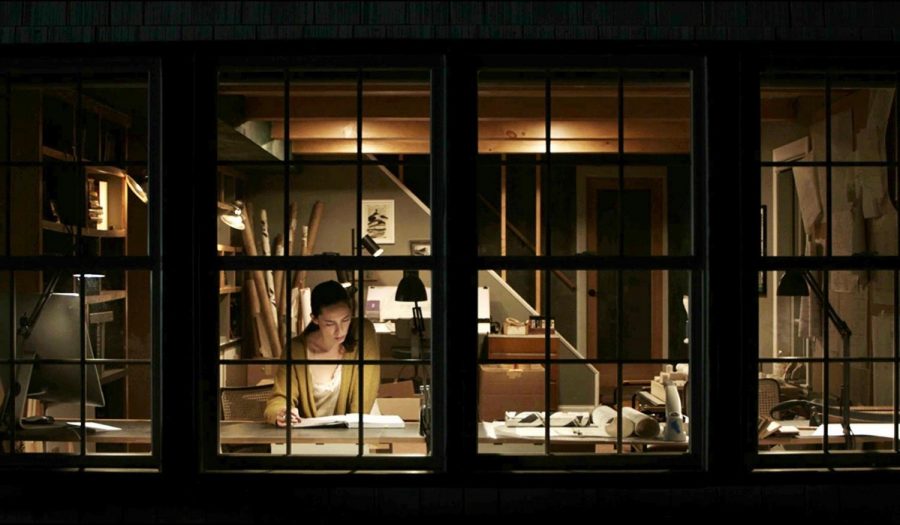 Rebecca Hall in The Night House

Try finding the bathroom in the dark at this house …

“The Night House,” the latest horror film from director and writer David Bruckner (Netflix’s “The Ritual,” upcoming “Hellraiser” reboot), follows a grieving widow, Beth (Rebecca Hall), after the sudden tragic loss of her husband by suicide. Deciding to stay in the isolated lake house he built for them, Beth begins to unravel a side to her husband that’s better kept in the shadows.

One of the film’s most effective and frightening moments uses the emptiness of the camera frame to lure the audience’s attention. The production design of the film’s mind-boggling central location directly ties into the paranoia that encompasses the narrative. Clever shot-framing and object placement creates eerie silhouettes, making audiences do a double-take.

Unfortunately, while “The Night House” excels in creating a haunting atmosphere, the ambiguity of the lore and vagueness of the supernatural elements complicated the plot. As the plot detaches from reality, the viewer becomes unable to align their perspective with that of the protagonist.

A past event from Beth’s life ends up becoming a crucial key to understanding the purpose of the narrative, yet characters seldom reference the event with minimal lines of dialogue. For such an important element of the plot, more time should’ve been spent on this aspect of the story. The final moments of the film were certainly engaging and haunting, yet the journey there was riddled with obscurity.

Rebecca Hall carries the film across the finish line with her vulnerable and bold performance. Hall manages to infuse a surprising amount of dry, dark comedy throughout several of her scenes. One stand-out moment sees Beth abruptly pulling out her husband’s suicide note at a bar with her co-workers. Her nonchalance towards such an upsetting and deeply personal element of her grieving process departs from other grief-based stories told on screen.

Sarah Goldberg stars opposite Hall as Claire, providing a “grounded” character for Beth’s wild antics to bounce off of. Claire’s growing concern over Beth intertwines nicely with the eventual trajectory of the narrative. Her awe-struck reactions to the more outlandish moments of Beth’s grieving process result in instances of clever dark comedy.

While “The Night House” succeeds in visual storytelling and frightening atmosphere, the dizzying plot drags down what could’ve been a refreshing horror experience.