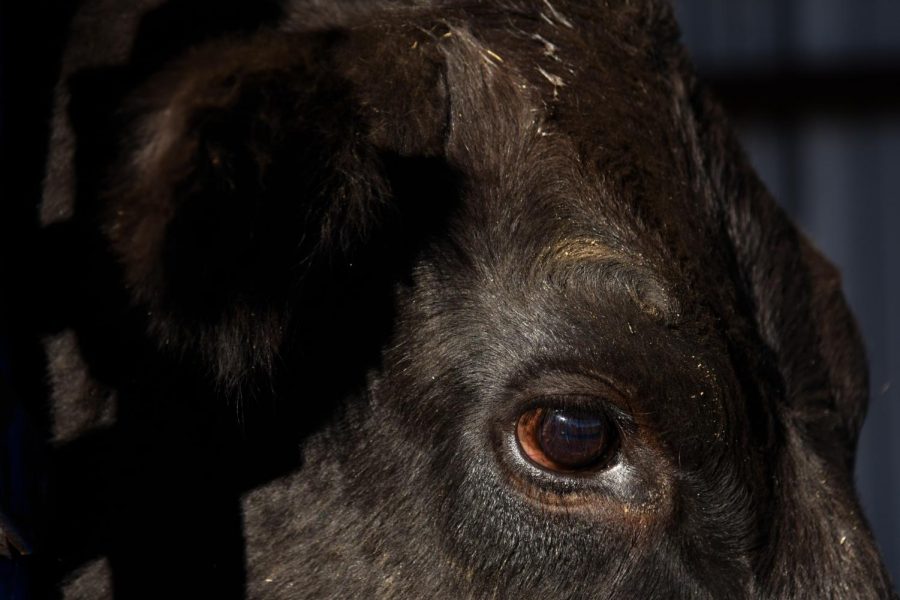 A UT professor created a theory highlighting the exact home of Bevo’s ancestors. He traced the similarities between where cattle originated to the area in Texas the animals ended up, as part of his research into landscapes, histories and agricultural technologies in arid lands.

The ranchers then transported the cattle to Mexico.

Doolittle said about a third of the Spanish settlers that followed Spanish colonizer Hernan Cortés to the Pánuco region, an area in Mexico defined by the Pánuco River, came from the delta of the Guadalquivir River in Spain.

“(The Guadalquivir River) is strikingly similar to the Pánuco region,” Doolittle said. “My contribution is that cattle not only came from northeastern Mexico into Texas, but they came from a very specific part of Spain (first).”

“There’s plenty of historical documentation in various archives, and even published in secondary sources before I started looking into it and took those pieces of information and put them all together,” Doolittle said.

Guzmán remains known for his cruelty toward the Indigenous people, said anthropology professor Martha Menchaca. In 1526, King Charles V issued a proclamation that prohibited the enslavement of the Indigenous population, which allowed the bishop of Mexico City to arrest Guzmán in 1537 for violating the law with his treatment of Indigenous people, Menchaca said.

“Guzmán was considered to be breaking the law, and Bishop Zumárraga wanted to get rid of him because he feels like his position about Indigenous people is terrible,” Menchaca said.

The herd of cattle received from trading enslaved Indigenous people grew from 100 in 1530 to 200,000 by 1622. During that time period, Spanish colonizer Luis de Carvajal rounded up the immense cattle population and drove them north to the area that is now Monterrey, Doolittle said.

“When Carvajal came in to colonize northeastern Mexico he needed cattle for his colony,” Doolittle said. “From there, they kept multiplying and they kept spreading and they spread into Texas.”

Soon, cattle ranching would become a staple of the Texas economy and a symbol of the South. Doolittle’s work sheds light on the cruel inhuman practices in cattle ranching’s origins.