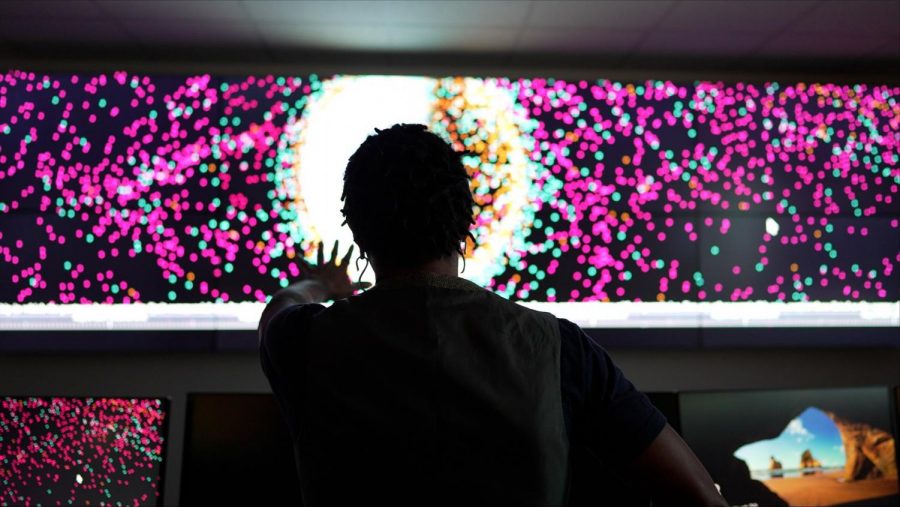 With nearly half a million pieces of trash floating in space, space environmentalism is an issue a UT aerospace engineering associate professor Moriba Jah says needs to be addressed now.

Jah launched Eyes on the Sky, a project centered on preserving outer space through education and legislative change, this semester to draw parallels between environmental concerns on earth and space.

“It’s trying to add (outer) space as an additional ecosystem that is in need of environmental protection and trying to get the public enrolled in this vision of space environmentalism,” Jah said.

The Eyes on the Sky team plans to educate the public through a mixed reality experience with the creation of the SkyDome, an interactive virtual reality experience. The team hopes to gain interviews with experts, refine the SkyDome experience to become portable and seek partnerships with groups such as National Geographic and NASA.

“These types of dome experiences have been around for a while,” said Sven Ortel, who is part of the Eyes on the Sky team. “A lot of times people use geodesic domes and it’s limited in what it can do, but we wanted to take it a step further and make it interactive.”

Through the SkyDome, the team hopes to take the audience through a story involving the Pacific Ocean Garbage Patch, the world’s largest area of marine debris. Erin Reilly, an Eyes on the Sky team member, said the purpose of the story is to draw comparisons between earth and space.

“We’ve also talked with experts in marine biology because we’re doing this metaphor between the Pacific Garbage Patch and space,” said Reilly. “It’s an interesting metaphor of comparing what we’ve already done to our Mother Earth and how we are already impacting Father Sky and what harm we are doing there.”

The team is currently trying to generate $75,000 to build the SkyDome.

“We’ve already done a lot of footage required to be a part of the experience, but we need to physically build the SkyDome,” Jah said. “The next phase from that would be then to scale the experience to travel and go to different parts of the world.”

Jah said the team hopes the project will spark legislative change to protect outer space from garbage produced by companies as they extend operations to space.

“What I would want to see happen is to see all these countries that signed the United Nation’s long-term sustainability guidelines to take these guidelines and make these into space laws within their own country,” Jah said.

Additionally, this semester, Eyes on the Sky partnered with UT’s environmental sustainability class, led by lecturer Valerie Salinas-Davis, to focus on creating a way to communicate space safety and sustainability to the general population.

“The Eyes on the Sky project is really about storytelling and science communication,” Jah said. “(It) motivates (people) to be aware of the space environment, and how it is also getting polluted and is in need of environmental protection.”