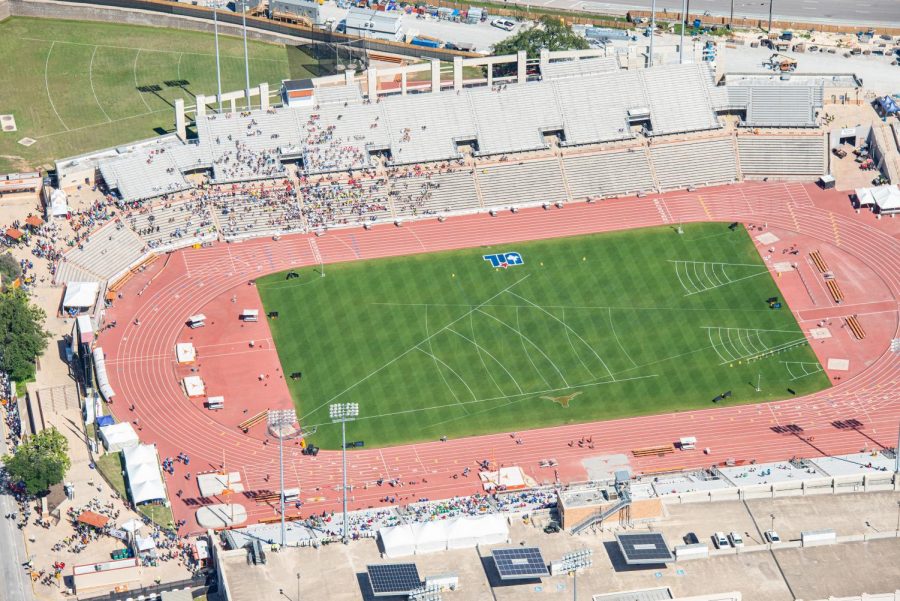 The Texas track and field program enjoyed a considerable amount of success last year both in-season and at the 2020 Tokyo Olympic Games.

Following a Big 12 Championship and last year’s 6th and 7th place finishes for the men and women, respectively, at the NCAA Outdoor Championships, the Longhorns have some big shoes to fill after the losses of Steffin McCarter and Tara Davis. With their first invitational set to take place Sept. 1, here are five Texas track and field athletes you should watch for in the upcoming 2021-22 season:

Having qualified for the 2020 Tokyo Olympic Games, Jones competed on behalf of Barbados. In his specialty event, the men’s 400-meter, Jones finished 8th in the semi-final race with a time of 45.61 seconds. He qualified by placing second in the first round of the event with a time of 45.04 seconds. Jones, a three-time 400-meter USTFCCCA All-American in 2020 and 2019, finished fourth in the final of the 2019 outdoor 400-meter with a time of 44.64 seconds, making him not only a school-record holder, but also the first runner from Barbados to go under 45 seconds in the event. Jones is also the 2020 Big 12 Champion in the men’s indoor 400-meter.

Having earned a bronze medal at the 2020 Tokyo Olympics for Team Jamaica in the 4×400-meter relay, Williams was the third current or former Texas track and field athlete to medal at the Olympics. She secured her spot in the relay by finishing fourth in the 400-meter with a personal-best time of 50.14 seconds at the Jamaican Trials. This was the fifth-fastest time in Texas’ history. Williams is a two-time USTFCCCA All-American in the 2020 indoor 400-meter and 4×400-meter. She’s also the 2020 Big 12 Champion in the women’s indoor 4×400-meter.

At the U.S. Olympic Trials for the 2020 Tokyo Olympics, Piperi advanced to the final finishing 4th in shot put with a distance of 20.77 meters. However, he did not punch his ticket to Tokyo, falling to 11th place in the final with a throw of 19.96 meters. The 2019 NCAA Champion in the shot put, Piperi has been a USTFCCCA All-American and Big 12 Champion five times in both indoor and outdoor shot put since 2018. In 2020, Piperi earned the accolade of  No. 2 performer in UT history in both indoor and outdoor shot put. Originally from The Woodlands, Texas, the corporate communications major has been selected to the Academic All-Big 12 second team twice.

At the U.S. Olympic Trials for the 2020 Tokyo Olympic Games, Flannel advanced to the semifinals in the women’s 200-meter finishing second in the first round with a time of 22.31 seconds. She did not advance to the final, however, after placing sixth in the semifinals with a time of 22.46 seconds. In addition to being named the Big 12 Women’s Indoor Outstanding Freshman of the Year in 2019, Flannel is also a four-time USTFCCCA All-American and two-time Big 12 Champion. Although she primarily participates in the 200-meter event, Flannel has made considerable impacts on relay teams such as the 4×400-meter and 4×100-meter.

Despite the fact that Harris did not advance past the first round at the U.S. Olympic Trials in the men’s 200-meter, he narrowly missed the cut with a fourth place finish in 20.90 seconds. Harris is a three-time USTFCCCA All-American and two-time Big 12 Champion. As of last year, he holds school records in both the indoor and outdoor 200-meter.