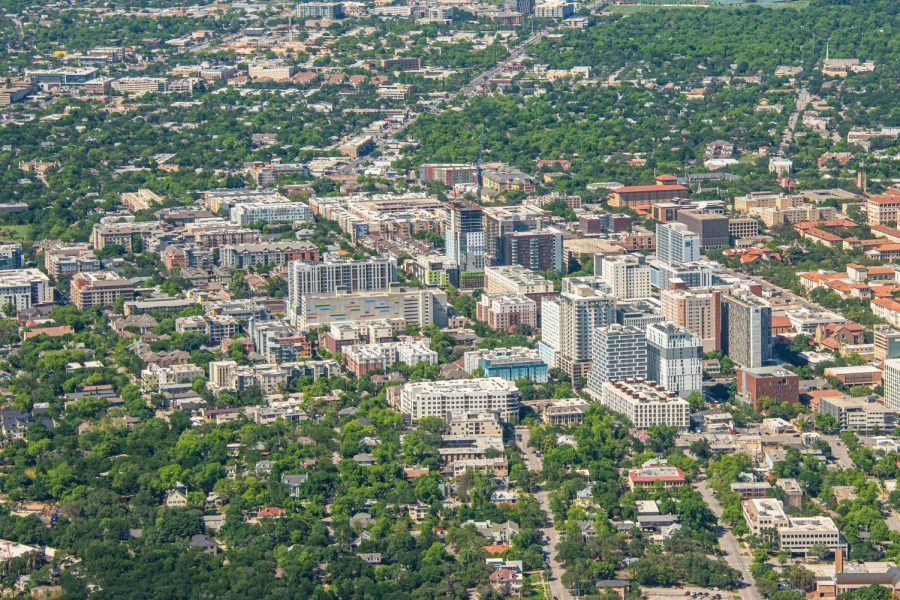 The West Campus neighborhood has diversified over the past 10 years, with population growth in Hispanic, Black and Asian communities, according to 2020 U.S. Census data.

City demographer Lila Valencia said these changes will be significant when the city redraws district lines this fall, as students will vote for representatives that align with their interests.

“It’ll be important to see how those communities align in terms of interest,” Valencia said. “(Lawmakers) should be trying to make sure that the racial-ethnic makeup of the community is considered, but also, will they be able to elect the candidate of their choice?”

While the census data shows a general trend of non-Hispanic white populations driving a majority of Austin’s population growth, Valencia said this is not an accurate representation of how diverse the city is. The highly student-populated West Campus is an example of an Austin neighborhood that has grown to be more diverse, she said.

“What we’re seeing is increased diversity on the same tract (as the UT census tract), where we’re seeing higher numbers of Hispanics, African Americans and, in particular, Asian Americans and Asians,” Valencia said. “(Asians) are the fastest growing single race group in the city of Austin and really added a lot of population to (West Campus).”

Andrew Blumberg, a mathematics professor, said redistricting in highly student-populated areas such as West Campus could result in underrepresented student votes. He said redistricting lines are supposed to be drawn geographically, but that does not always happen.

“There are some characteristic ways that people manipulate districts in order to dilute the voting power of their political opponents,” Blumberg said. “Students might end up living in districts where their vote doesn’t matter because the usual effect of gerrymandering is to make an individual’s vote not count as much as it should.”

Valencia said that census data for certain parts of Riverside show a decline in the Hispanic, African American and Asian populations, which could be attributed to gentrification.

“Some housing that was there had been taken away and maybe new housing (is) still in development,” Valencia said. “But what we see again is that (the) white population has grown there, (and) to some extent the Asian population (in a different part of Riverside).”

In recent months, the Housing Authority of The City of Austin partnered with various development companies, like River City Capital Partners, to incorporate affordable housing into East Riverside, according to KVUE. Student housing complexes in Riverside are also being redeveloped, with construction expected to begin in 2023.

Student Government and other tenants protested the redevelopment in October 2019, saying it would eliminate affordable housing options, according to previous reporting by The Daily Texan.