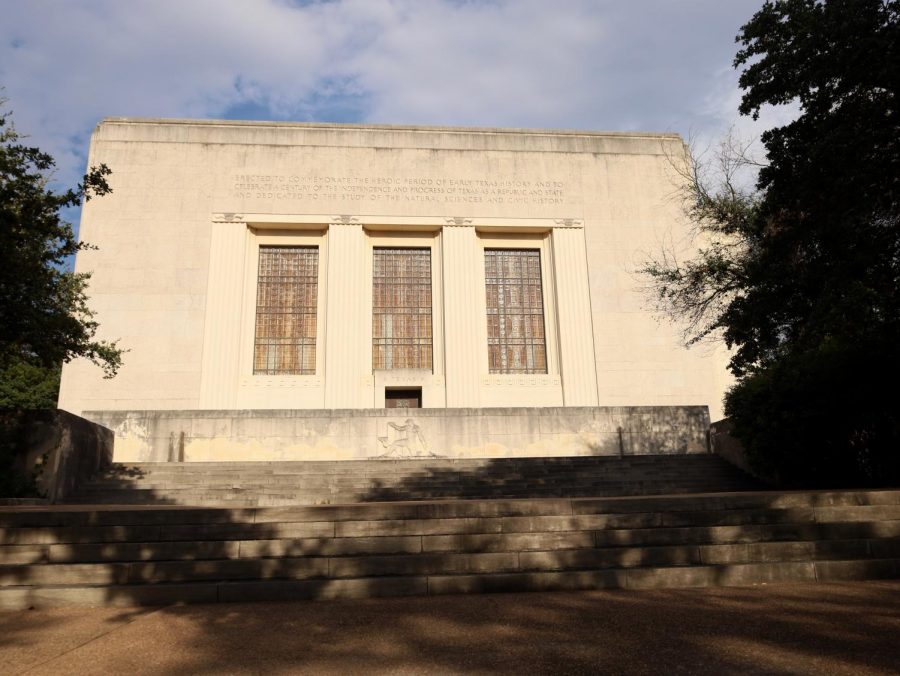 Editor’s Note: This article first appeared as part of the August 31 flipbook.

The Texas Memorial Museum is facing financial strain after budget cuts and a lack of support from UT. Without more financial support, the museum may be forced to close in about two years, museum leadership says.

“The museum itself just became an exhibit museum without any ties to academia,” biology professor Theriot said.

The University still maintains the building for necessary repairs, but no longer funds museum operations. The museum is currently funded by donations, income from the museum store, ticket sales and, until recently, funding from the state legislature for partnering with the University.

The University did not request exceptional funding for the museum in the last legislative session, which cut museum funding by $75,000, Theriot said.

“That’s a significant portion of our annual budget, which is somewhere on the order of about $200,000 to $300,000, depending on what educational programs we’re doing or what we may be planning for exhibits,” Theriot said.

The University did not respond to multiple requests for comment on museum funding.

“If two people are sick and can’t come in one week, we literally can’t operate the museum,” Theriot said.

Theriot said he is working on a report to present to the College of Natural Sciences to detail its operations, how much it costs to keep the museum open and when it expects to run out of money.

“We both suffered from and benefitted from benign neglect over the whole history of the museum,” Theriot said. “As long as it survived it was fine, but that’s coming to an end in the next couple of years unless things change dramatically at some level.”