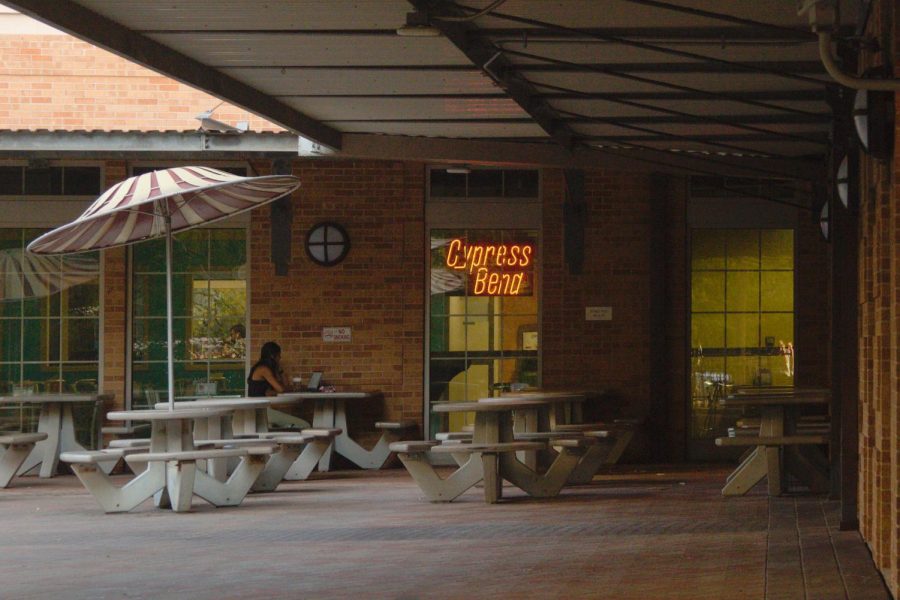 Typically, UHD employs nearly 400 dining hall staff. Now, they have about 300. In response to labor needs, the University raised wages for full-time workers from $11 to $15 per hour and student workers from $8 to $10 per hour, said Rene Rodriguez, UHD director of food service.

The city of Austin determined its living wage at $15 an hour, but the federal minimum wage is only $7.25 an hour.

“It’s like any other restaurant or hospitality venue in Austin, we’re all kind of scrambling for help to try to fill all our positions,” Rodriguez said. “Usually we have student employees that come from year to year and work for us. But because there were so (few) students on campus, we didn’t have a lot of returning students that could start working for us right away.”

The dining halls have shortened their operating hours to accommodate the smaller staff, Rodriguez said. J2 is now closed from 2:30 to 4:30 p.m. on weekdays and both J2 and Kinsolving Dining Hall are closed from 2 to 4:30 p.m. on the weekends. Cypress Bend Cafe is now only open for lunchtime on weekdays from 11 a.m. to 2 p.m. Typically, the halls are open throughout the day.

Dining hall lines can be longer than normal in this short-staffed period, Rodriguez said, but they are hoping to recruit new employees and shorten lines.

Omar Galicia, a radio-television-film freshman, said in his first week of living on campus, he waited two hours to have his ID scanned at the Kins Dining entrance before eating breakfast.

“For the most part (the lines) have been short, but I can remember two to three times when they’ve been exceptionally long,” Galicia said. “The longest I have waited is two hours. The longest I will wait now is, like, 10 minutes.”

The two-hour break and limited menu at both J2 and Kinsolving allow staff members to restock, reorganize and take a small break, Rodriguez said.

Rodriguez said in typical years the dining halls’ retain student employees from the previous semester, but due to COVID-19, there were not as many student employees to continue working this fall. UHD was also unable to recruit as successfully during orientation where they usually find a lot of their student workers because UT offered orientation online this year.

“A lot of it has to do with retention,” Rodriguez said. “There have been a lot of our staff that have retired. We’ve had a lot of people … that moved onto other careers. And that happens every year … but this year because of the shortage, it’s harder to refill those positions.”

In light of this labor shortage, Rodriguez said UHD attempted to recruit employees through city job fairs and increased pay.

“We attended the city job fairs hosted by the City of Austin and the Texas Workforce Commission, [and], we’ve sourced candidates through sponsored ads, social media, and job boards,” Rodriguez said. “We’re really going after a lot of different avenues on trying to hire full time staff. We raised our starting rate to $15 an hour for our full time help. So we feel that’s going to help us quite a bit, [but] it’s going to take a little time for that to circulate.”