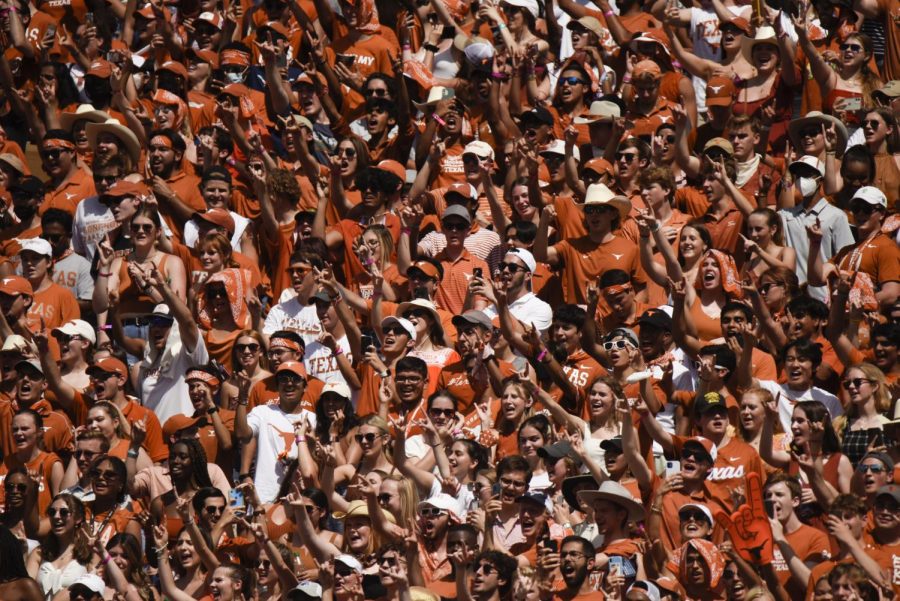 The Texas NAACP, the NAACP UT chapter and a group of anonymous students filed a complaint against UT with the U.S. Department of Education for the continued use of “The Eyes of Texas” in University programming.

The complaint, which was first reported by the Texas Tribune, said the song creates “a hostile environment for African American students,” and resulted in instances of racial discrimination. The document asked the Department of Education to conduct an investigation to look into their complaints and require the University to discontinue use of the song.

“We have to make sure that we can make the University welcome to all students,” Bledsoe said. “This is a matter of immediacy with the humiliation occurring every football game and every day when the song is played over the tower.”

“The Eyes of Texas” sparked national controversy over the past year after some members of the UT community demanded the University remove the song due to its racist history. The song was written in 1903 and originally performed at a minstrel show where white performers usually wore blackface, according to previous reporting by the Texan.

UT created the “The Eyes of Texas” History Committee in the fall of 2020, which released a report in March that stated the song was “written in a racist setting,” but was “not overtly racist.” History professor Alberto Martínez released a contrary report that said the song should “not be the official song” of UT. Students from multiple organizations protested for the removal of the song during the Gone to Texas event welcoming new students on Aug. 24.

Bledsoe said the complaint included statements from students regarding the alma mater and the racism Black students face on campus, but did not include student names because they expressed fear of retaliation.

The complaint requested that Black students affected receive emotional and financial assistance for the harassment. The complaint asked the Department of Education to withhold federal funding if UT fails to comply.

UT spokesperson J.B. Bird declined to comment on the lawsuit.

A spokesperson for the Department of Education said the Office for Civil Rights would not recognize the complaint until it has been accepted for investigation.

The document said the University’s failure to respond to racial harassment against Black students violates Title VI of the Civil Rights Act. In addition, the complaint said the creation of a separate band that will not be required to play “The Eyes of Texas” violates the Fourteenth Amendment.

The current Longhorn Band is required to play the alma mater, according to previous reporting by The Daily Texan.

Al-Nasser Lawal, president of the NAACP UT chapter, said the separate band is comparable to the “separate but equal” decision of the Plessy vs. Ferguson court case.

“The inherent notion of putting two separate entities means that they won’t be equal,” Lawal said. “The one that doesn’t play ‘The Eyes of Texas’ won’t get the funding from donors who obviously want the song and they won’t have access to the same equipment and providers.”

Lawal said the song makes him uncomfortable anytime he hears it played.

“(The song is) just going to remind me that while I am a student at this school, this school will not do everything it can to make sure that I feel safe,” Lawal said.

Anthony Collier, president of the Black Law Students Association, said “The Eyes of Texas” is another way that Black students face exclusion at UT.

“If you’re a football player or a band member and (UT is) telling you … you have to play this song, that dehumanizes you and disrespects you,” Collier said. “That’s the definition of hostile.”