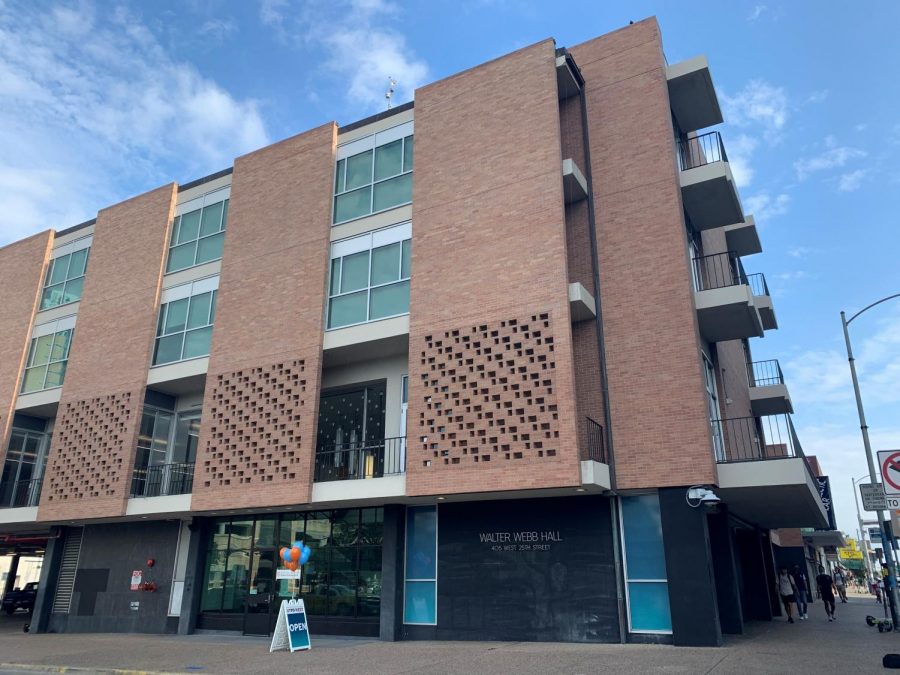 The University of Texas Police Department opened a second substation last Tuesday in West Campus, despite protests from some students against the location.

UTPD West is located on 25th Street and Guadalupe Street on the first floor of Walter Webb Hall. The station is designed to promote community engagement and increase the police presence in West Campus, acting UTPD Chief Don Verett said.

The UT System Board of Regents approved $8 million in funding in March 2020 for off-campus security, but the COVID-19 pandemic delayed the opening of the station. The Board of Regents also allocated funds to staff a new district of patrol in West Campus and to add six more high activity location observation cameras to the area.

Cops Off Campus, a student organization that advocates for the dissolution of UTPD from campus, held a rally protesting the opening of the office in April following the deaths of Daunte Wright and Adam Toledo. Both Wright and Toledo’s deaths caught national attention in early 2021 after police shot and killed both individuals. Wright was a 20-year-old Black male from Minneapolis and Toledo was a 13-year-old Latino male from Chicago.

Matthew Scarborough, a mechanical engineering graduate student, said UTPD should try to reach out to groups like Cops Off Campus to listen to a broader array of student voices.

“Why would people go to police to address issues they have with police?” Scarborough said. “That’s so counterintuitive. It feels like they’re being a bit more watchdog-ish over there instead of engaging.”

Students and community members can visit the office Monday through Friday from 10 a.m. to 2 p.m. Verett said they hope to expand hours of operations once UTPD can add more officers to its staff with the new graduating cadet class.

UTPD is planning on adding 17-19 officers later this fall, following their graduation from cadet classes and completion of field training. UTPD currently has about 85 officers on staff, but has an authorized strength of 100 officers.

“We want to be engaging (with students), and I know that sometimes that is a challenge because students are hesitant to do that,” Verett said. “As a professional staff, we believe in our student development role as being University police officers.”

Emily Crone, president of Horns for Safety, said she hopes the office can help students grow awareness of the resources available when a crime happens.

“I’m hopeful that as long as UTPD continues to foster positive relationships with students, that safety will increase because students will start reporting (crimes) because they’ll feel safe enough to report the crimes happening against them,” said Crone, a biochemistry and Spanish senior.

Scarborough said he thinks one of the biggest setbacks when advocating for reforms to campus public safety is that the University has limited capabilities in terms of funding and supportive programs.

“It’s tough to talk about this stuff on a University level when we are directly impacted by the city of Austin and the state at the same time, and they have conflicting ideals (about policing),” Scarborough said. “I don’t really know what UT’s responsibility in that is because it’s just going to be mandated by the state anyways.”