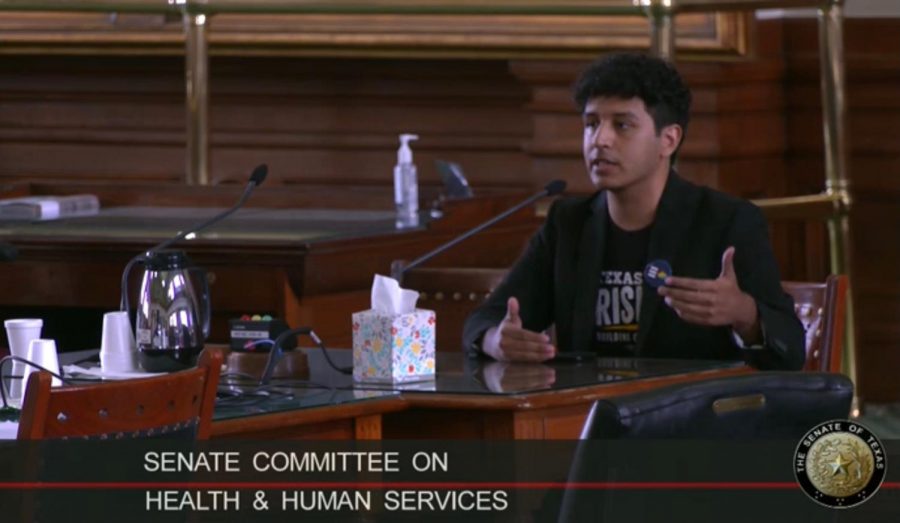 Ric Galvan, history senior and campus organizer for Texas Rising, said the organization, which is a non-partisan advocacy group, has worked with the state legislature for the past few months to testify against the bill.

“Texas is already the hardest state to vote in,” Galvan said. “We have to do paper voter registration a month before the election, we have voter ID laws that make it an extra step to get to the actual vote, and then of course limited polling time.”

Abbott said in a statement that Senate Bill 1 would “ensure trust and confidence” in Texas elections by making it “easier to vote and harder to cheat.”

Republicans struggled to get SB 1 passed during the 87th legislative session after Democrats broke quorum in May over the bill.

Abbott called a special session in July and August to pass SB 1 and other GOP priority bills. However, several Democrats fled to Washington D.C. to break quorum to stop the voting bill from passing.

Eventually enough Democrats returned for the quorum to resume and the bill passed.

“The supporters of this bill were playing into this idea of increasing election integrity because of this widely propagated myth that the election of 2020 was somehow illegitimate,” Albertson said. “People’s perceptions of vote fraud just don’t square with reality. … It’s sad to me that Texas has such low voter turnout, and we’re making it harder for Texans to vote.”

Galvan said certain provisions of the law are relics of the Jim Crow era, when the government placed barriers on people of color’s ability to vote and claimed it reduced voter fraud.

Galvan said Senate Bill 1 will disenfranchise people in marginalized communities who are more likely to vote by drive-thru or after hours.

“Voter fraud is not a serious issue in Texas or the United States, it happens less than lightning strikes twice,” Galvan said. “No one’s trying to cheat to vote, people just want to vote like everybody else.”

Kevin Roberts, vice president of University Democrats, fears people will be less likely to vote in the presence of partisan poll watchers because of the added fear of the permitless carry law, which also passed this legislative session and allows people to carry guns without a license.

“I can see in some places voter intimidation being a problem or people being afraid to go to a polling location because they might see a guy with an (automatic rifle) or something,” Roberts said. “Coupling (these laws) together will really increase vigilantism.”