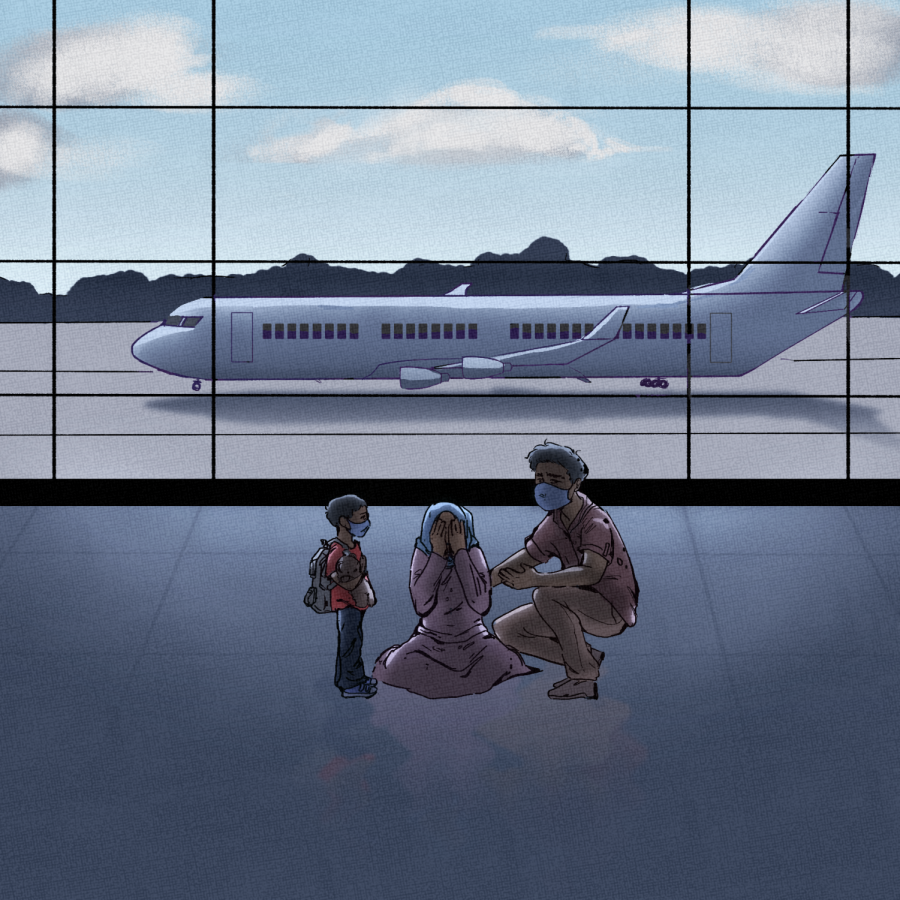 Editor’s Note: This article first appeared as part of the September 3 flipbook.

Attia, an Afghan American, remembers being inspired when she saw a female school principal in Afghanistan 10 years ago. Attia, a UT senior, grew up hearing stories about when Afghan women held few rights and could not even attend school under Taliban control.

“We’ve had women’s rights movements, the women’s march, girls schools … (and) we don’t know if all of that will stay,” said Attia, whose last name has been left out due to concerns for the safety of her family in Afghanistan. “The only thing we have to look back to for reference on (for) what things will look like is the ‘90s, when women couldn’t do these things.”

Now, she doesn’t know if she’d ever see another female principal again after the Taliban took back control following the U.S. military withdrawal on Aug. 30.

“You feel helpless watching,” Attia said. ”Because you know in your heart there’s not a lot you can do about the situation, but you can’t just sit back and not do anything.”

Since President Biden announced the full withdrawal of troops Aug. 14, the U.S. has evacuated more than 5,500 U.S. citizens and 7,000 Special Immigrant Visa holders along with their families, as the Taliban seized control of the Afghan government during the withdrawal. The U.S designed the Special Immigrant Visa program to allocate visas to Afghans and Iraqis who are affiliated with the U.S. military and contractors. Estimates vary on how many U.S. citizens and SIV holders remain in the country.

The U.S. State Department estimated there are at least 100,000 Afghan nationals at risk still in the country. The majority of refugees are fleeing to neighboring Iran and Pakistan, and a total of 98 countries have pledged to take refugees as the U.S. departed.

Austin City Council voted to welcome SIV refugees into the city Aug. 26 and so far 35 visa holders and their families have been housed by Refugee Services of Texas in Austin since August. Austin has not released a definite number of refugees they are willing to accept.

Shannon Long, the director of the Longhorn Alliance for Refugees and Asylees, said an important part of this process is making sure these families are placed in safe homes and are aided in adjusting to their new environments.

“These resettled people are some of the most vulnerable people in the world,” said Long, a Plan II senior. “They’re vulnerable because they’re in a country they’ve never been in, they may not speak the language and they have no family or no cultural affiliation here.”

Long and Attia said they are frustrated by how few Afghans the U.S. has accepted.

“It shouldn’t just be the people who helped the U.S.,” Attia said. “Because there’s going to be people who have nothing to do with the U.S., like women and children, that are going to be subjected to a lot of human rights abuses.”

Attia said one of her biggest concerns with the Taliban takeover is a possible regression in the progress of Afghanistan’s women’s movement, especially given that she has young female relatives still living there.

The Taliban’s education minister has stated women will be permitted to continue attending schools and universities as long as their teachings are in line with Taliban interpretations of Islamic law.

“I’m worried about what their future is going to look like and whether they will be able to have a continued education,” Attia said.

Denise Gilman, a law professor who directs the UT Immigration Clinic, said students can reach out to congress members to help Afghan refugees.

Gilman said students can also give refugees a space to share their experiences, through resources such as Refugee Services of Texas or the Multicultural Refugee Coalition.

“These people have really been traumatized. … They might not be what you expect,” Attia said. “When you go through such a psychological trauma, there’s a time when you have to allow them to feel safe again in this new country, because it’s hard to feel safe again after what they have gone through.”