Notes from the opponent: What to expect from experienced Louisiana squad 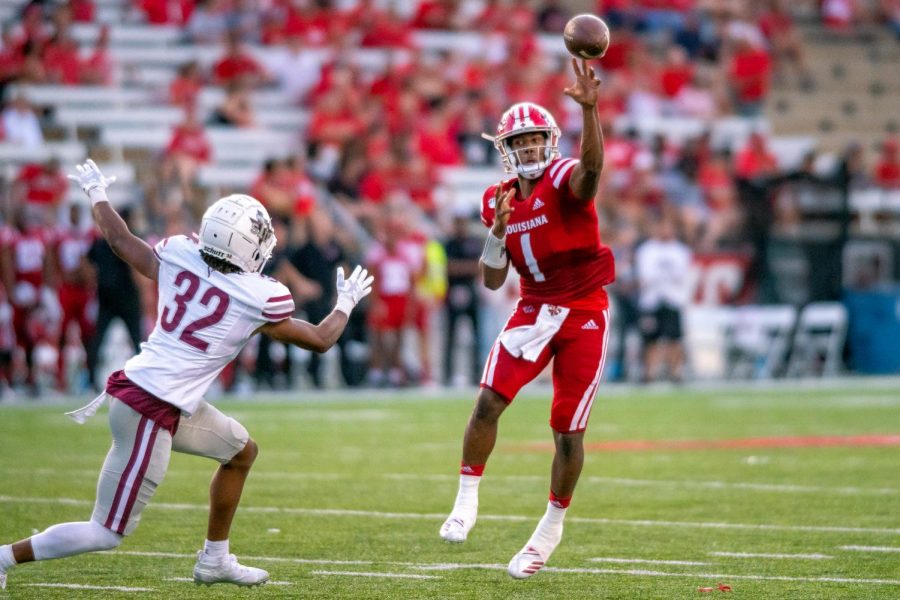 The Daily Texan spoke with Zachary Nagy, sports editor of Louisiana-Lafayette’s The Vermilion ahead of the Longhorns’ upcoming weekend matchup against Louisiana.

The Daily Texan: The first Louisiana player Texas head coach Steve Sarkisian mentioned in his Monday press conference was quarterback Levi Lewis. What should Longhorn fans expect out of Lewis on Saturday?

Zachary Nagy: When it comes to Levi Lewis, he’s one of the most dynamic quarterbacks in the country. He can use his legs, he can throw on the run, he can get the ball into tight windows. He’s returning around seven of the receivers he used last year. So he’s going to have the weapons there, and I expect a lot of Levi Lewis.

DT: Sarkisian also talked about coaching against Louisiana head coach Billy Napier, who coached five years at Alabama as a wide receivers coach, two with Sarkisian. Has Napier mentioned the bond the two of them share?

ZN: He hasn’t necessarily mentioned that. But you know in the back of his mind, it’s got to be something he’s thinking about and definitely wants to show out in front of him for sure.

DT: The other Ragin’ Cajun Sarkisian pointed out was defensive lineman Zi’Yon Hill. What should Texas fans know about Hill?

ZN: He was an All-Sun Belt guy. That’s somebody we expect to have a great year this year. Maybe even put his name into NFL Draft talk, into the late rounds. I would worry about Zi’Yon Hill. I think Zi’Yon Hill is a problem. He is somebody who can give offensive lines hell all season long. I think he’s going to try and show out in a big game and in front of a big crowd.

DT: With Hill, Lewis and others, Louisiana is returning a lot of starters from a team that only lost one game last year. What’s the biggest change from last season regarding the returning starters?

ZN: What’s changed from last season is experience. We’re bringing back about 20 out of 22 starters from a year ago. The only void is at running back, which I think will be filled, and I think that experience from a year ago is going to translate to this year.

DT: Of course, Louisiana went to Ames and upset Iowa State in a convincing victory. But is the team prepared to come to a full capacity stadium here in Austin and play under that pressure?

ZN: Head coach Billy Napier has been under the lights. He’s been at several top Power Five programs, like Alabama and Clemson. He’s firing this team up to get ready for these bright lights and eventually, the goal is to become a Power Five team down the line. So you have gotta show out against these Power Five teams now.

DT: How big of a game is this for Louisiana, and what could a win mean for the program?

ZN: We played Texas A&M a long time ago in Lafayette. A lot of people have probably said that’s the biggest game in program history. But we weren’t nationally ranked, we didn’t have this (national) recognition. Now, we’re nationally ranked in the AP poll. So is Texas. The team might play it off and say, ‘This is just another game. This is just the new normal.’ But up to this point, right now, I think this is definitely going to be the biggest game in program history.