‘Lady of the Manor’ brings lighthearted comedy with supernatural antics 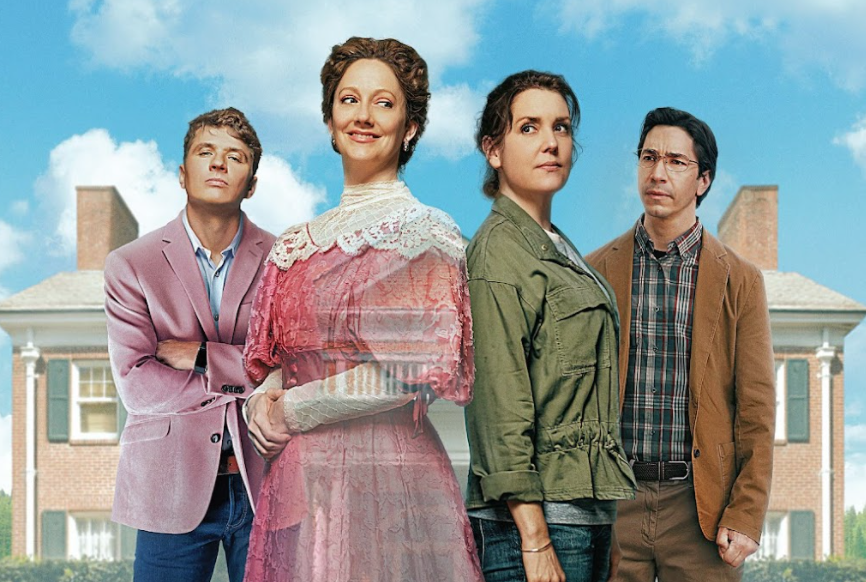 Unfortunately, job listings do not notify you of ghosts in the workplace.

“Lady of the Manor,” a brand new supernatural comedy written and directed by siblings Christian and Justin Long, follows deadbeat Hannah (Melanie Lynskey) who accepts a job as a tour guide at the historic Wadsworth Manor. Tasked with pretending to be the long deceased Lady Wadsworth, and under constant pressure from her horrible boss, Tanner Wadsworth (Ryan Phillippe), Hannah’s job can’t seem to get any worse.

That is, until the spirit of Lady Wadsworth reveals herself and her unwillingness to leave the manor in incompetent hands.

As a recurring and effectively played gag, Hannah convinces Lady Wadsworth that it’s okay to make “informal,” goofy faces. This joke embodies the core of the film: Hannah trying to persuade Lady Wadsworth to break free from the gender norms of Wadsworth’s era.

Certain elements of “Lady of the Manor” limit its overall effectiveness. A lack of intriguing production design makes the film’s title location a bit mundane and the flat cinematography casts the film’s visuals in a bland color palette. A more ominous, haunting atmosphere would elevate the supernatural gags throughout the film.

Narrative wise, “Lady of the Manor” eases slowly towards a revelation about the true ownership of the historic manor. Hannah’s relationship with nerdy history professor Max (Justin Long) leads to an exploration of the story’s historical element. Long’s goofy and innocent comedy elevates the historical aspects. The dynamic between the two characters segues into the overall plot at the finale.

For those looking for an enjoyable, easy-to-watch comedic escape, “Lady of the Manor” can certainly check that box.

3 Haunted Manors out of 5