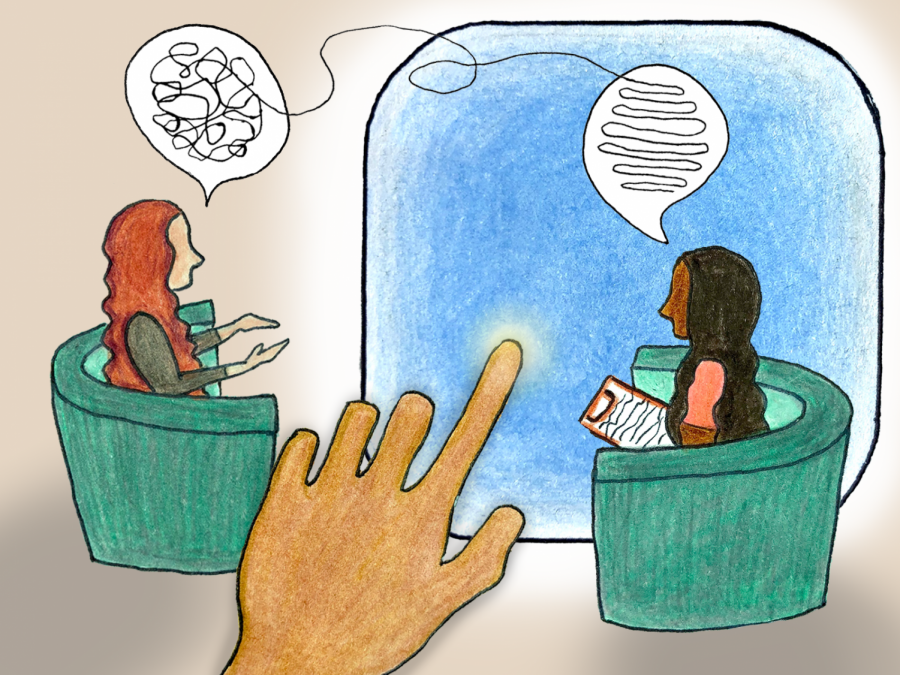 Editor’s Note: This article first appeared as part of the September 14 flipbook.

After calling the UT Counseling and Mental Health Center, I was shocked. When I asked about scheduling a counseling session, I was told to call back in two hours.  I was then told I would only possibly be able to speak with a member of the brief assessment team. The call ended with me being given the extension I should use if I called back, and my problems seemed like they didn’t matter.

If student mental health ran on a set schedule, the current system works perfectly. However, when already stressed students are told to call back later, the CMHC is not sufficiently serving its purpose.

Students deserve better access to mental health scheduling services on their campus. The CMHC should consider creating an app where students can schedule an appointment quickly as opposed to waiting on the phone or flipping through multiple tabs on the computer.

Marketing junior Ivy Warren, expressed her concerns regarding the state of students and their lack of mental health scheduling accessibility.

Under the current system, students should be able to call the CMHC and schedule their earliest available appointment within minutes. In reality, student mental health is put on hold. An app could change this currently disheartening process.

“UT’s mental health services having their own app where patients can sign up for an appointment on the app, that might be really useful,” Warren said.

The CMHC needs to catch up with the rest of the University. Numerous successful adjustments have been made during the past year regarding how we live and schedule our lives on campus. Why is something as important as mental health services lagging behind?

Dr. Ginny Maril, associate director for Clinical Services at the CMHC, sees merit in students having a scheduling app.

“I think it could be beneficial and I think that’s another thing we’re consistently taking a look at. I definitely think that would increase convenience and access (for students),” Maril said. “I think we’re very interested in reducing barriers and the idea of a student being able to hit as few buttons as possible and get to what they need. I think we would all really support that.”

An app would reduce steps and stress. While it is encouraging that the CMHC may be interested in creating a scheduling app, they must follow through when it involves students’ mental wellbeing.

Not only does Maril understand the benefits of having a scheduling app, she also sees it as a feasible venture.

“I would say it would have to be in the realm of possibilities. The ‘how to make it happen’ would be outside of my clinical expertise,” Maril said. “But it certainly seems feasible.”

Students have access to grades, emails, and other miscellaneous announcements from UT in their back pocket. While these are important for students to keep track of, they don’t hold a candle to student mental health. Being able to schedule a session with one of the CMHC’s counselors in a matter of seconds rather than hours can make all the difference for a student seeking help.