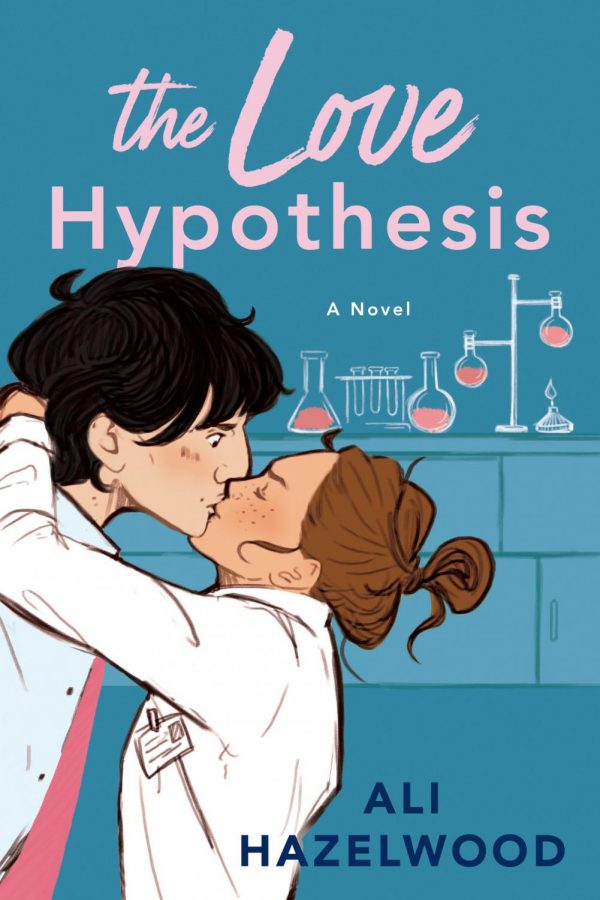 A fake dating trope never ends with both characters in love with each other. Right?

Published on Sept. 14, “The Love Hypothesis” by Ali Hazelwood brings a fresh spin to the generic fake dating arc. Set in a science lab at Stanford University, the plot follows pumpkin spice-loving third-year graduate student Olive Smith. After kissing the first man she sees to cover up a lie, Smith pulls away to find Adam Carlsen, the terrifying professor known for making his students cry, surprised at her actions.

After little convincing, Smith and Carlsen team up and pretend to date to better accomplish their individual goals. Smith tries to convince her best friend, Anh, that she accepts Anh dating her ex by showing herself quickly moving on with Carlsen. The professor needs the university to release his funding to continue his research. By pretending to be in a serious relationship, Carlsen looks less likely to accept the many invitations to research at other universities, hence making him more likely to receive the money he needs.

Represented through their opposing coffee orders 一 sugary lattes for Smith and plain black coffee for Carlsen 一 their grumpy/sunshine dynamic leaves them wanting to dig deeper into each other’s personalities. Through amusing banter and teasing, Smith and Carlsen develop a friendship, though they don’t admit their obviously real feelings for each other until the end.

Hazelwood, a woman in STEM, shines through in Olive’s personality, and includes enough science, technology, engineering and math terminology to make the scientist roles well-written but not overwhelming. Smith’s reason for studying pancreatic cancer at Stanford introduces a hidden aspect of her bubbly personality, making her a multifaceted character the reader can relate to more.

Though the story does make for a quick, fun read, the plot comes across underwhelming, with predictable storylines and extremely unrealistic circumstances. Reminiscent of Jenny Han’s “To All the Boys I’ve Loved Before,” the fake-dating plotline dives into a real relationship, with not enough plot twists to be memorable. Some scenes are cringe-inducing, with Smith’s quirky personality being irritating to read.

Even with a cliche plot found in numerous other romance novels, “The Love Hypothesis” reads easily and the “will-they-won’t-they” relationship hooks in readers.