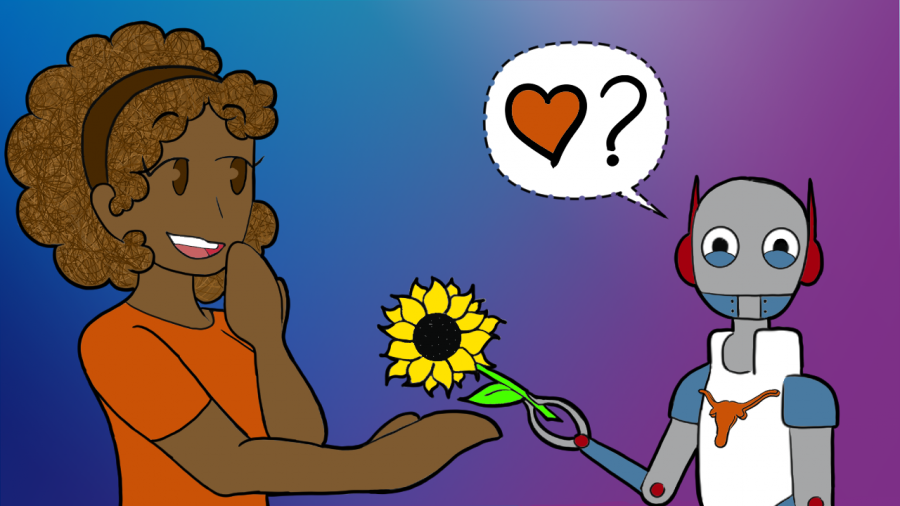 Through a new program starting next fall, UT students will create the next generation of accessible robots designed for the average person.

The new robotics program, called the Convergent, Responsible, Ethical A I Training Experience, won $3 million from the National Science Foundation. Students in the five-year graduate portfolio program will learn about the social impact of robotics and how to make robots accessible for service jobs and different environments, said Peter Stone, director of Texas Robotics, the department spearheading the program.

The program will target four different purposes in which robots can be useful to the average working person: homes, offices, factories and commercially. Students will then build a robot from scratch to fit one of these categories in a group project.

The faculty involved hope the program can develop helpful robots available to the general public to assist them in everyday life. Jiao said an example would be developing a robot that helps elderly individuals move safely around their home.

When designing robotic systems, Stone said it is important to reflect on who will be impacted both positively and negatively.

“(The creators) probably didn’t consider whether it would hurt the bicyclists,” Stone said.“That’s one example … of (robots) better for one class of people than other classes of people.”

Companies such as Amazon and Sony said they are interested in hiring students who complete this program, Jiao said. The program includes professors and faculty across different departments such as computer science, architecture and engineering.