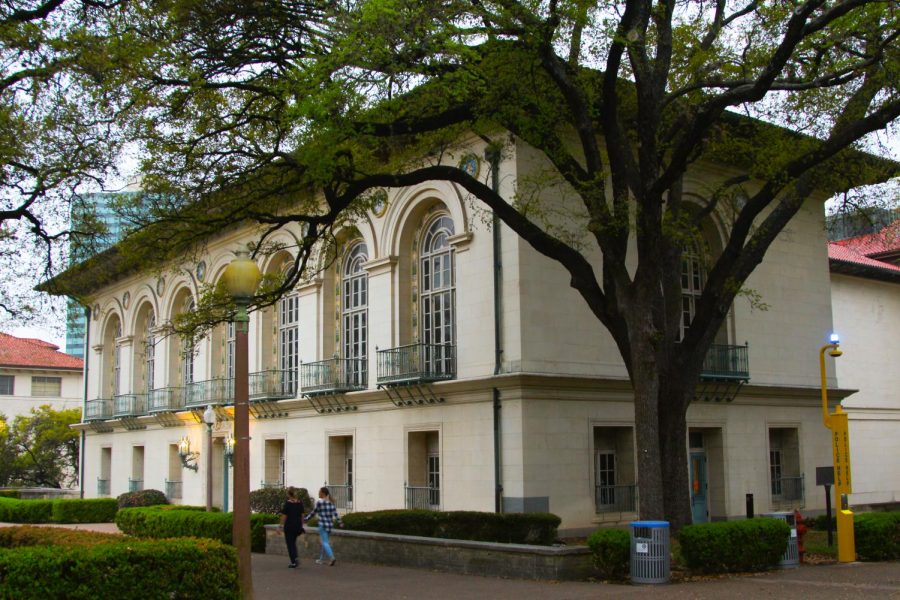 Editor’s Note: This first appeared in the September 17 flipbook issue.

UT experts said a handwritten sign discovered in a University library, which reads “Whites only,” can help confront the University’s historically complex relationship with race relations, while some Black students said it can be a triggering reminder UT was not a space intended for them.

Renovators uncovered the sign in the women’s bathroom at Battle Hall, a historic UT library, in August. An archival research team, led by architecture lecturer Tara Dudley, said the signage was meant to segregate bathrooms for Black and white construction workers who worked on the building in 1910. The sign shows the racist history of the library and the University, Dudley said.

“These (Black) men were building buildings that neither they nor their children, or in some cases grandchildren, would be able to attend (due to segregation),” Dudley said. “It’s very important to recognize those individuals. We wouldn’t have that hall or even the Tower if it weren’t for those individuals who had the skill and the knowledge.”

Dudley said issues of race relations are too often hidden away, as if they should not be confronted. To combat this, Dudley said the University plans to remember the racist historical context surrounding the building and the contributions of Black construction workers with a plaque outside the bathroom.

“The plan is not to put up lights around the sign and say, ‘This was here on campus,’” Dudley said. “It’s to recognize and understand that history, and then to use that as a tool to really confront the University’s relationship with race relations on campus.”

J Hayden, African and African diaspora studies and human development and family sciences senior, said that when Black students see those kinds of racist signs, it can be triggering to those who already feel the University is not a safe space for them.

However, Hayden said the sign’s preservation might be necessary to bring more awareness to the presence of racism on campus.

“Seeing a sign like that could cause a lot more stress just because it’s a reminder that we’re in a space that was not made for us or was designed to keep us out,” Hayden​​ said. “But at the same time, we also want to preserve history and talk about these things.”

In addition to the racist sign, Dudley said in a pre-construction ceremony for Battle Hall white UT community members placed a time capsule with various memorabilia, some of which were racist, inside the building’s cornerstone.

“Boards of Regents of the University were donating things … advocating for the Ku Klux Klan,” Dudley said. “We have these issues of race that are basically going into the foundation of this building.”

Ted Gordon, vice provost for diversity, said it’s rare to find this kind of signage since the library was a mostly white public area in the 1900s. He said Black construction workers used separate bathrooms and other facilities farther away from campus buildings.

“The past has a role to play in terms of our understanding of our present circumstances,” Gordon said. “It’s not correct to just erase it and try to forget it. It’s important to mark it and understand it as a means of moving forward.”