UT must stand against anti-Hindu sentiments 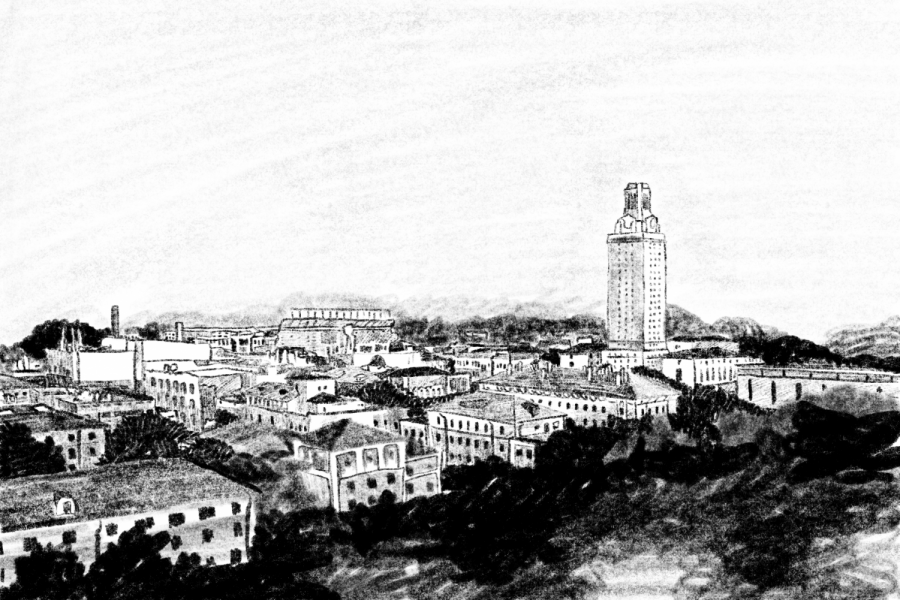 Editor’s note: This column was submitted to the Texan by members of the UT community and first appeared as part of the September 10 flipbook.

We are Hindu students at the University of Texas at Austin, and we are greatly concerned about the upcoming “Dismantling Global Hindutva: Multidisciplinary Perspectives” conference, planned to be hosted Sept. 10-12, 2021. UT-Austin is listed as a co-sponsor for this conference.

The conference states its purpose is to combat “Hindutva,” which they define as a specific political ideology in India. The conference states the distinction between “Hindutva,” a political ideology in India, and Hinduism, a religion. Respectful debate and discussion are fully in line with Hindu values, and are essential to a democracy, whether in the US, India or elsewhere. However, this conference neither provides a platform for debate, which logically requires at least two sides rather than just one viewpoint, nor presents material respectfully. In fact, many presenters have a history of publicly stating disparaging, disrespectful and openly hostile comments about Hinduism, not “Hindutva.” Furthermore, the conference publicizes the Hindutva Harassment Field Manual, which clearly states that “Hinduphobia” rests on the false notion that Hindus have faced systematic oppression throughout history and in present times.” This statement is concerning, dangerous and false. Such a stance gaslights Hindus around the world and denies the very real hardships our ancestors faced and persevered through. What about the Hindus massacred during the 1971 Bengali Hindu genocide? Or the Kashmir Hindu ethnic cleansing? History presents innumerable examples of systematic oppression of Hindus, and it is still a problem today in numerous countries such as Bangladesh and Pakistan. In fact, Hinduphobia is increasingly prevalent in the US as well. Denying oppression is a disrespectful, discriminatory and disdainful viewpoint to propagate against any religious community — especially when that community is a micro-minority in most of the world.

The conference states that “Hinduism has rightly been critiqued for the deep inequities in Indian society, most importantly for the caste system.” This statement, which ties horrible inequities to a religion that believes in the Oneness of all existence and the notion of vasudhaiva kuṭumbakam (“the world is one family”), is disturbing and false. This is not to say the inequities in India (and elsewhere) do not exist. Violence and discrimination on the basis of gender, caste, socio-economic backgrounds, etc. unfortunately do exist in all parts of the world, and need to be eradicated. The first step to eradication, however, is identifying the true origin of the inequities, which in the case of India is due to socio-economic systems and emergent cultural factors, exacerbated by centuries of colonial rule. Slandering a religion and a people’s way of life will not mitigate the inequities; in fact, doing so succumbs to the disdainful colonial gaze on Hinduism. Practicing and respecting Hinduism does not cause discrimination and violence; rather, individuals who use their “faith” to mask their prejudices does. Discrimination on any basis is against Hindu values.

The Hindu community forms a sizable and important portion of the UT-Austin family, spanning many academic disciplines and classifications. This conference, rather than celebrating the diversity that exists in the world and at UT, instead creates an unwelcome environment for Hindus by gaslighting the students through the denial of the oppression Hindus have been facing. The University endorses “responsibility” as one of its core values, and defines it as a “catalyst for positive change for Texas and beyond.” Endorsing slander of the religion, values and culture of any portion of UT’s own student body is a gross transgression of the University’s self-professed values. We call for the University to stand by its core tenets, and display its commitment to the protection of diversity for all students, staff and faculty — past, present and future.

Kaki is an Aerospace Engineering Ph.D. student from Austin, TX.

Gannavaram is an Aerospace Engineering and Sanskrit senior from Austin, TX.

Revuru is a Computer Science and Mathematics senior from Irving, TX.

Punyamurtula is an Environmental Science senior from Austin, TX.