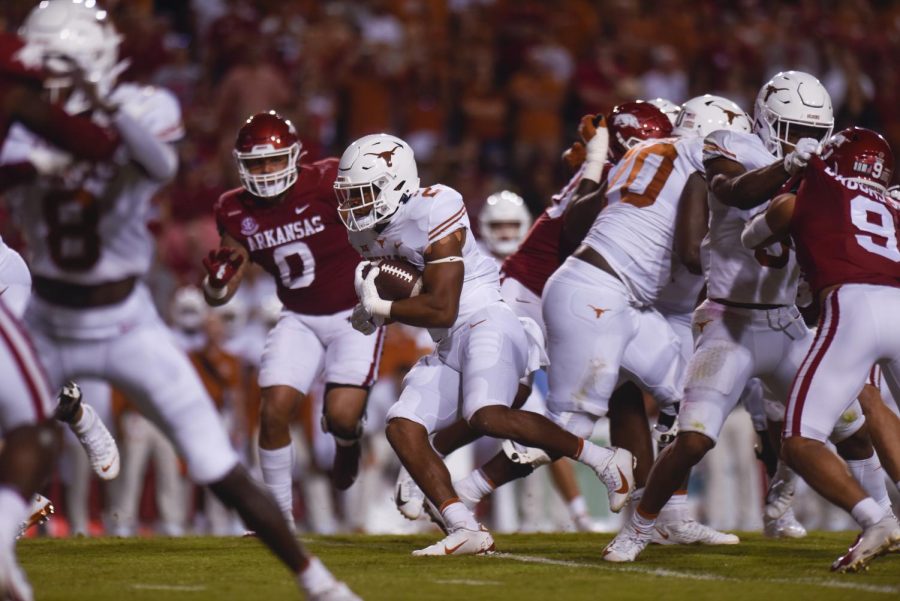 The upcoming slate of games for Longhorn athletics and college sports as a whole is full of intriguing, must-see matchups.

Here are the ones UT students should look forward to watching the most:

Texas football plays Texas Tech to open conference play for the season, making this a pivotal game for the team. Last year, Texas barely beat Texas Tech 63-56 in an overtime thriller after being forced to come back from a 15-point deficit with just over three minutes to go in the game.

Seemingly every year, this game tends to be a tightly contested match, with each team trading blows over the course of the game. I would expect more of the same in this classic Big 12 rivalry on Saturday, as Coach Sarkisian aims to get his Longhorns on the right track to start off conference play.

A win on Saturday could instill confidence in the team and their new starting quarterback Casey Thompson, which is key in creating momentum for the rest of the conference schedule.

Texas men’s tennis plays in the 54th annual Southern Intercollegiate Championships this weekend. Four of the nation’s top tennis teams from Texas, Georgia, USC and Ohio State will be attending.

These four programs have combined for a total of 28 national championships and 120 conference titles in their histories, showing the sustained dominance of these tennis programs.

This tournament will be a good test for Texas men’s tennis going into the spring, giving Texas the chance to evaluate its team of mostly returning players with championship aspirations. If you’re a tennis fan, this is a matchup you won’t want to miss.

Texas women’s soccer plays at Kansas State on Thursday to open Big 12 conference play. Texas women’s soccer has been up and down this year, with wins against lower echelon teams like New Mexico State and losses against talented teams like No. 11 ranked Georgetown. If Texas can start conference play off strong behind the efforts of star freshman Lexi Missimo, the fastest Longhorn to reach 10 goals in program history, they should be poised to fly up the rankings and be known as a top team in the nation.

Another game that Texas fans should be looking forward to is No. 7 Texas A&M taking on No. 16 Arkansas in Jerry World, AT&T Stadium.

Arkansas is Texas’ only loss on the season so far, beating Texas soundly in their home stadium on Sept. 11. An Arkansas win would make that loss look much better on our record, while also putting our age-old rival A&M in a tough spot in the competitive SEC West.

This matchup is pivotal for Texas’s playoff chances, providing Arkansas proves to be a legit contender in the SEC. Rooting for Texas A&M to lose is second nature for most at this point, and Saturday is another opportunity for Texas students to potentially enjoy a sweet A&M loss.

As the fall progresses, sports will begin to pick up, giving Texas fans plenty of sports to root for soon.