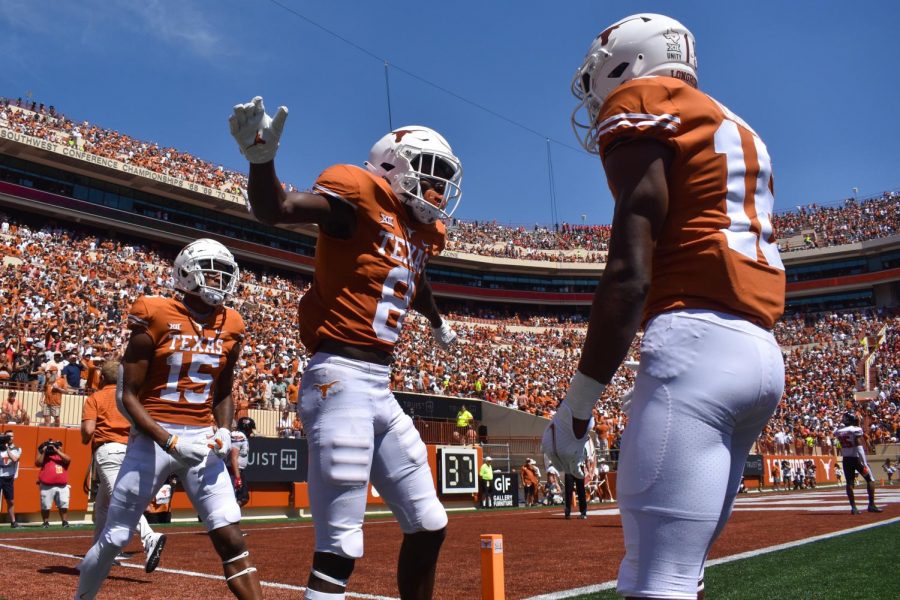 The Longhorns opened up conference play with a statement as they eased to a 70-35 victory over Texas Tech. From the opening snap, the Longhorns played efficiently on offense and ferociously on defense.

The offense continued functioning as a well-oiled machine under new head coach Steve Sarkisian, as the 70 point outburst was the first time the Longhorns eclipsed 70 points since Texas’ 70-3 victory over Colorado in the 2005 Big 12 title game.

Here are the takeaways from the Longhorns victory:

Coming into the season, the Texas offensive line was viewed as a question mark. A lot of players shuffled around and played new positions — creating a learning curve before chemistry was developed. Up to this point in the season, the offensive line’s performance had been relatively up and down, flashing talent while also showing areas in need of improvement.

In Saturday’s game against Texas Tech, the offensive line had its best performance of the season, completely dominating the line of scrimmage as they exploded off the ball with strength and purpose. In the running game, the unit created gaping holes for the running backs, leading to 336 total rushing yards and 4 rushing touchdowns. In terms of pass protection, junior quarterback Casey Thompson was hardly touched all game, as Texas Tech was unable to make him uncomfortable due to the stellar play by the offensive line.

The offense was incredibly efficient all game, leading to a total of 639 yards and 70 points. Sarkisian seemed to be pushing every right button with his ability to balance the running game while letting Thompson air it out down the field. The Longhorns not only scored a ton of points, but they also did it on long sustaining drives. Four of the Longhorns’ five offensive touchdowns in the first half occurred on drives that were nine plays or more. No matter what Sarkisian and his staff drew up, the Red Raiders had no answer. Furthermore, the Longhorns’ efficiency on third down was another bright spot from Saturday’s win. They completely controlled the time of possession by going 10 for 14 on third-down conversions. Overall, it was a phenomenal Big 12 debut for Sarkisian and his staff.

While the defense did give up a decent amount of big plays, it was able to get pressure on Texas Tech’s junior quarterback Tyler Shough, who left with an injury in the second quarter, as well as senior quarterback Henry Columbi. Additionally, the defense was also able to cause a few turnovers. Senior defensive back Josh Thompson had an interception in the second quarter which he returned for a touchdown, as well as junior linebacker Luke Brockermeyer getting his first career interception off a tipped pass. Senior linebacker DeMarvion Overshown was all over the field as well, leading the team with nine tackles.

Casey Thompson continues to be a force for the Longhorns. He was incredibly efficient today, completing 18 of his 23 pass attempts for 303 yards and five touchdowns, as well as 29 rushing yards and a rushing touchdown. He was in complete control throughout, maneuvering well in the pocket and making smart decisions in key spots. With more time from the offensive line, he was able to push the ball down the field. His best throw of the day was a sideline dime to freshman receiver Xavier Worthy, resulting in a 23 yard touchdown with perfect ball placement. Worthy continues to be a rising star, catching five passes for 100 yards and 3 touchdowns. Thompson continues to take advantage of the opportunity and thus far has been nothing short of exceptional.