UT students weigh in on John Mulaney and parasocial relationships 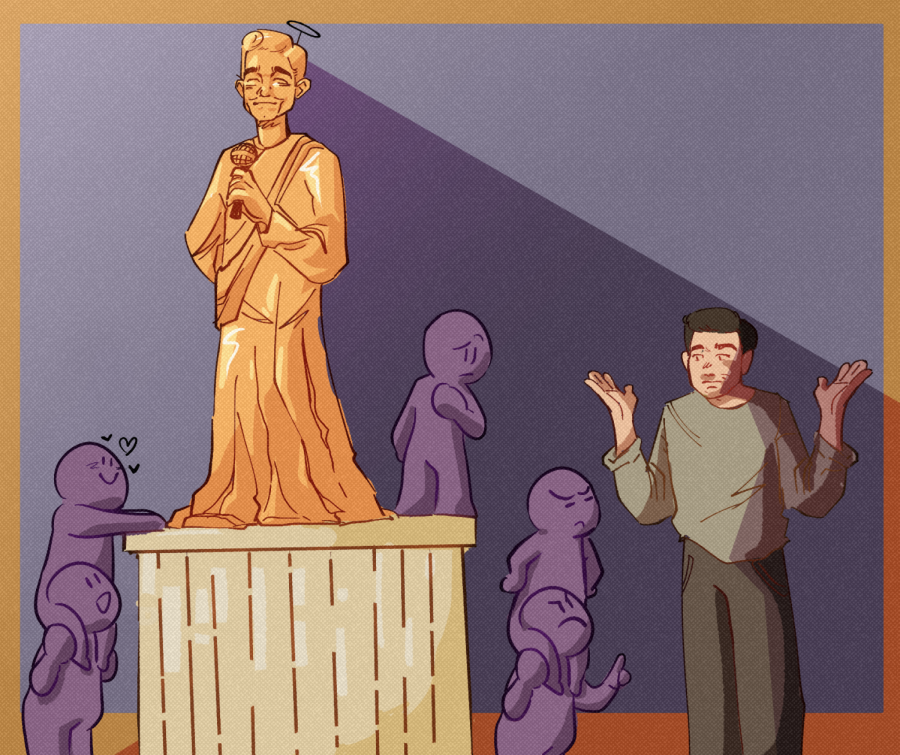 This May, Marissa Angel Barker read headlines she never thought she would: comedian John Mulaney filed for divorce from Anna Marie Tendler, his wife of six years.

“I was so surprised when he divorced Anna,” the theatre studies sophomore said. “He has made Anna kind of the butt of his jokes the last like three years.”

The comedian initially caught media attention when he went to rehab, split with Tendler and began dating actress Olivia Munn. Soon after, Mulaney shocked the world with his and Munn’s pregnancy announcement.

Fans, including many UT students, felt hurt and betrayed by Mulaney’s news, opening up a conversation about parasocial relationships, the psychological phenomenon where fans feel like they personally know a celebrity.

“I definitely think a lot of people have a personal relationship with (Mulaney) because his whole foundation of his fan base is like, ‘John Mulaney’s the only good man out there,’” Barker said. “Now he’s shattered that facade.”

Much of Mulaney’s standup revolved around his love for Tendler. Barker said because Mulaney talked about his soon-to-be-ex-wife so openly in his standup, fans felt like they knew the couple.

“(Because) he’s painted a picture of her that she is so great and wonderful, and she’s done everything for him, people are like, ‘what do you mean you don’t love her anymore?’” Barker said.

Tristan Thomas, a radio-television-film sophomore, said she used to have parasocial relationships with celebrities, including Mulaney, but she learned to let go of these types of alliances.

“​​Every time I was a fan of something, I would make it everything I talked about,” Thomas said. “I just kind of fell out of that because I realized that these are just people, and by idolizing them, I’m creating this whole world in my head around them that doesn’t actually exist.”

“It’s gonna be even more devastating when those people fail, or when they get tainted in some way,” Henderson said. “You can’t turn to your personal activities and life to reinforce or enhance your self-esteem, or I should say, it’s harder to do so.”

Thomas said parasocial relationships can be framed as a positive, but she views them more as a negative.

Whether through a parasocial relationship or just as an average news follower, Barker said Mulaney’s recent headlines resonate with everyone.