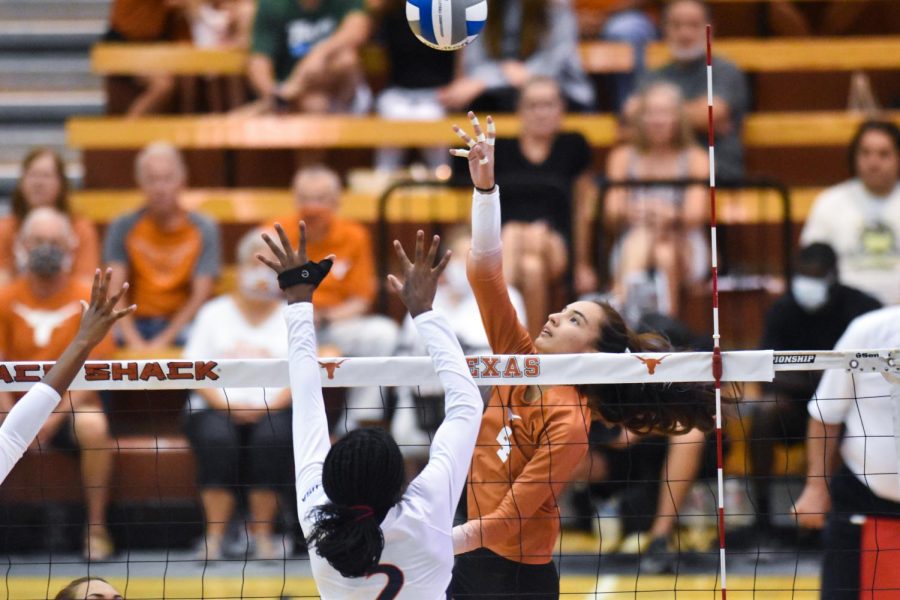 Here are the matchups Longhorn fans won’t want to miss for the upcoming week of Texas Athletics and college sports:

Texas women’s soccer faces an 8-2 TCU team in a tough conference matchup this Thursday. TCU only lost one regular season game last year, so it will be a good test for the Longhorns to see how they stack up against some of the better teams in women’s soccer. Led by stud freshman midfielder Lexi Missimo, it will take everything the Longhorns have to beat this competitive TCU squad. A win here will only increase Texas’s momentum, riding on a five game win streak, and help them keep rolling in conference play.

Also on Thursday, Texas women’s volleyball will play West Virginia in its Big 12 conference opener. Led by star junior outside hitter Logan Eggleston, Texas looks to continue their dominant run as the consensus No. 1 team in the entire country. However, West Virginia is no pushover, as the Mountaineers have only lost one game all season and are undefeated in conference play so far. This game will set the tone for the Longhorns upcoming conference slate. If you don’t get the chance to attend Thursday’s game, Texas plays West Virginia again on Friday at 7 p.m., so there are ample opportunities to watch the No. 1 team in the nation play.

Texas softball will play their first game of the fall season on Saturday, taking on McLennan Community College in a ten inning bout. While this game might not be as competitive as the other games in this preview, this is the first chance that Longhorn fans will get to watch the softball squad compete since last season. This game is about getting live at bats, good practice and getting ready for the spring.

This Saturday, Texas football looks to change the narrative on the road against TCU. The Longhorns are 3-7 in the last 10 matchups against the Horned Frogs. However with new head coach Steve Sarkisian, Texas looks to rejoin the win column against the conference rival.

New starting quarterback Casey Thompson has been key to recent success, earning Big 12 Offensive Player of the Week and Maxwell Award Player of the Week honors for his performance against Texas Tech last week. Thompson looked poised in the pocket, leading Texas to scores on 24 of his last 27 drives. Heisman-candidate running back Bijan Robinson has also been a key factor to our success, averaging over six yards per carry and over 100 yards per game this season.

TCU is led by junior quarterback Max Duggan and sophomore running back Zach Evans, who combine to create a fearsome rushing attack. As long as Texas can limit their attack on the ground, the Longhorns should be poised to go 2-0 in conference play heading into next week’s marquee matchup against Oklahoma in Dallas.

Other Match-Ups of Note: