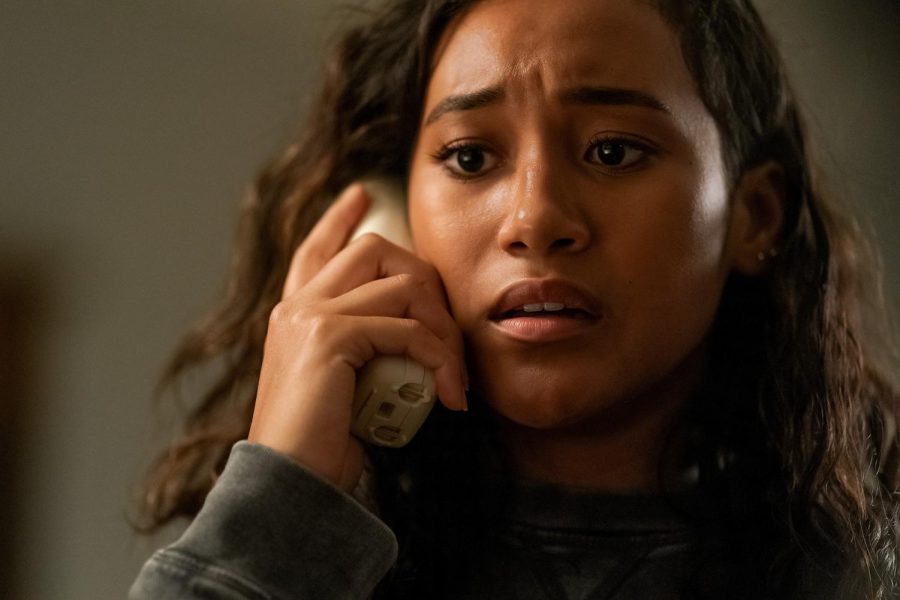 “There’s Someone Inside Your House,” a brand new slasher film from director Patrick Brice and writer Henry Gayden, arrived on Netflix Oct. 6 after its initial premiere at Austin’s Fantastic Fest. The film, based on the novel of the same name, follows a small town plagued by a series of killings targeting high school seniors with dark secrets. Sydney Park stars as leading character Makani, one of the town’s newest residents who happens to be hiding a dark past. The Texan attended a college journalist roundtable with Park to talk about her work on the film.

The Daily Texan: Were there any specific horror films that influenced your performance and approach to the film?

Sydney Park: Oh my goodness, yes! “Scream” … “Nightmare on Elm Street,” parts of “I Know What You Did Last Summer,” but then of course we have this sort of John Hughes aspect in there as well like “The Breakfast Club,” (with) star-crossed lovers, an unconventional cast. We did pay homage and respect to the OGs but we did create something new as well.

DT: What was it like working with director Patrick Brice?

SP: Patrick is awesome. He has this infectious laugh. I can’t even copy it. It’s perfect. He has like three different kinds. Also, he’s like 6’7”, he’s huge. He walks into the room and he hugs everybody. He’s just a beacon of light … He really is an actor’s director, meaning that he knows how to communicate (with) his actors. He knows how to pull out performances. He knows how to be sensitive and vulnerable with you. For example, the hospital scene … that was a really, really emotional day … I remember hugging him after and we were both crying. It was really, really special. He’s a very talented, special human … He has this support system around him which makes him a better creative.

Ryan Hardison, The Daily Aztec: Did the cast know who the killer was from the start of shooting or was there secrecy?

SP: Yes, we definitely knew who the killer was from the start, which makes it really fun when you shoot because I feel like you are enabled to play with the dynamic in the scene. We as a cast would talk amongst ourselves like, “Maybe you should play it this way? You act suspicious. No, you act suspicious!” Patrick was always down to play and our producers really loved that too. It makes for a really interesting experience because as an actor you don’t really want to tip it too much but it’s fun to play with that.