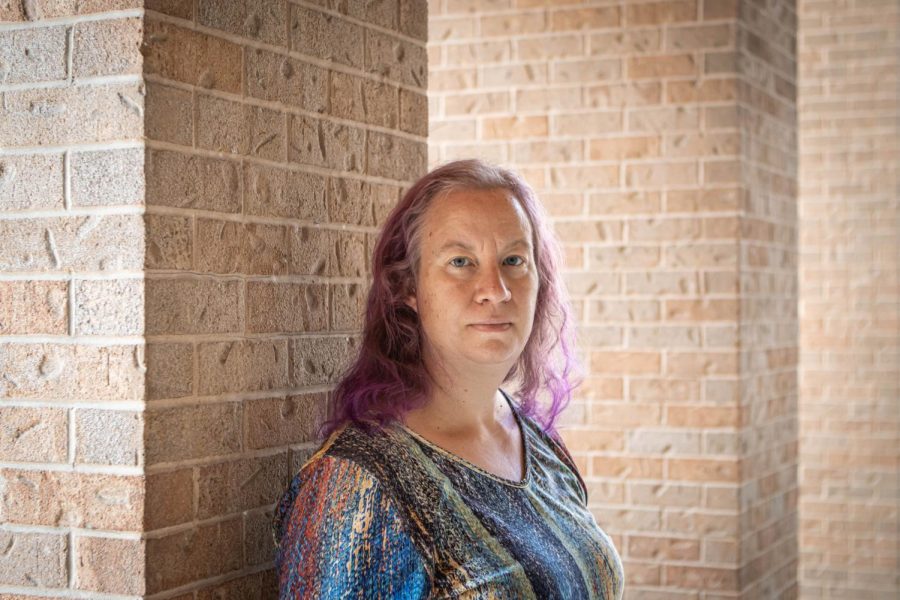 For ​​Vernita Gordon, an associate professor in the physics department, a good book series deserves an investment of both time and emotion.

DT: Can you explain what this specific book is about?

Vernita Gordon: The main character (Miles Vorkosigan) is born disabled because of an attack on his mother when he was still in utero. He tends to struggle to prove himself in this kind of admirable way, but also it’s slightly obsessive and self destructive, … because so much of his identity is tied up in proving himself physically capable. The framework with which he constructed his life up to that point has fallen apart to figure out, “Who am I now?” the character arc of him (being) that really hard self-realization of, “What am I going to make myself?”

DT: Is there a certain character that you relate to in this book?

VG: I think these issues of, “Who am I?” and, “What am I going to do when I realize that I’m not who I thought I was?”… are very basic questions. The way that (Miles) works it out in this context is super different for those of us who aren’t disabled with a seizure disorder. But I think the fundamental issues are still there. Because of his actions, he hurts a lot of the people who care about him. … Part of what he’s doing is trying to come to some point of redemption. I think there’s places where I identify with him. … But also sometimes I see some of the people who have to forgive him. … I feel like I identify with them. They’ve been done very badly, but they still really care about him.

DT: What does this book tell us about life?

VG: It’s important knowing what really matters to you. I think one of the realizations (Miles) comes to in this book — which is pivotal — is his redemptive arc. He realized that the things that he’s thought of as absolutely central to his identity, at the core of his desires, weren’t actually. He had almost given away stuff that was more important to him to keep this thing he had constructed. … There’s a quote from the book. It says, “The only thing you can’t trade for your heart’s desire is your heart.” I think that’s difficult to bear in mind, but also really important.