Mitski’s new single invites listeners to feel vulnerable alongside her 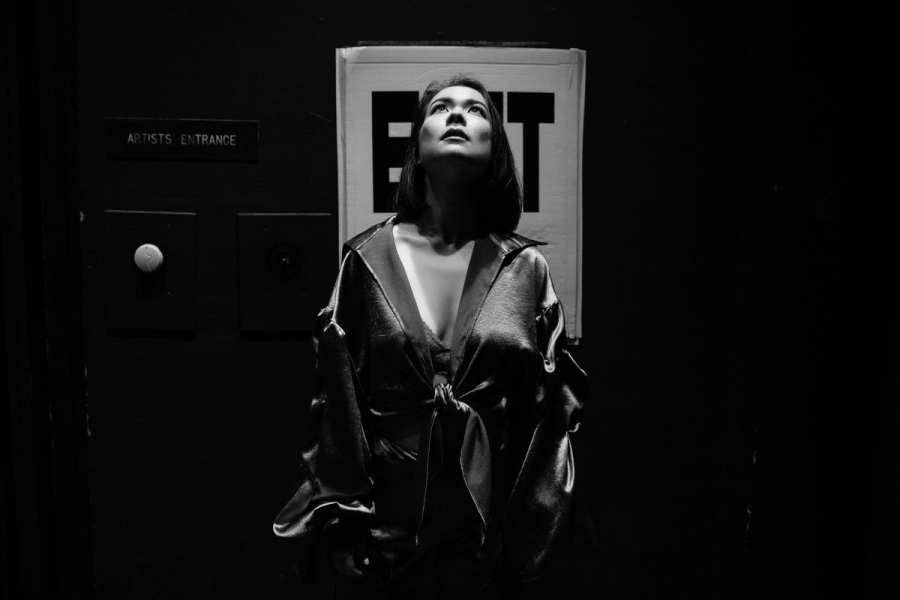 After three years in relative silence, singer-songwriter Mitski took to social media on Oct. 5 with the surprise release of her single, “Working for the Knife.” Announcing her first tour dates since 2019, the artist sold out her North American tour dates by the end of the weekend.

Neuroscience freshman Tanya Atrvash said she went through a third party website to get her tickets and paid over a hundred dollars for them. She called Mitski’s songs, with their heavy instrumentation, “crunchy” and said she connects with Mitski’s music because of the artist’s constant change in themes. After listening to “Working for the Knife,” Atvrash said she appreciates how the lyrics explore personal growth and going against the grain.

“You can tell she’s not where she wants to be. (I don’t) think any of us are,” Atrvash said. “The fact that she’s so honest and vulnerable about it … is just incredible.”

When Atrvash plays Mitski’s songs, she said she reaches an enlightenment beyond chords and music.

“I’m a feeler instead of a thinker, and it’s really hard for me to put my emotions into words,” Atrvash said. “So sitting and listening to her make poetry out of her emotions helps me come to terms with how I’m feeling.”

The transition from her 2018 album “Be the Cowboy” to now appeals to early education freshman Ruthie Escobar, who said the single mirrors her own coming-of-age experience.

“(Mitski’s old songs were about) that angsty area of being a teenager, (but) this new song might be more about being an adult,” Escobar said. “I’m feeling like I might be getting to that point pretty soon … where I’m like, ‘I don’t know what I want to do.’ (I wonder) is this what I  expected, being in college now?”

Math freshman Peyton Rudd said the raw emotions in Mitski’s music connect to their feelings of self-discovery since starting college.

“There’s a lot of anger in how (femininity has) affected (Mitski’s) relationships and her mental health,” Rudd said.  “As someone who isn’t gender conforming, but still definitely affected by the feminine energy that comes with being assigned female at birth, it’s very relatable and interesting. I feel like there’s very few artists who do that.”

As a new Mitski listener, biology freshman Abi Kumar pored over Mitski’s songs for a week. She said she tried to understand the ways Mitski’s lyrics seemed to voice everything society does not talk about, especially concerning womanhood.

“For me, I’m growing up a woman of color in Texas, (and) (Mitski’s music has) been really helpful in discovering my own identity,” Kumar said. “I think listening to her music has often brought up emotions and things that I’ve never really confronted.”

Kumar admires Mitski’s ability to step down from the typical artist’s pedestal to be with her audience. She said she relates to Mitski’s lyrics about her Asian identity, and songs like “Your Best American Girl” offer a more critical take on American culture that white artists typically don’t sing about. She said the symbols in Mitski’s music allow her lyrics to describe everyday life in a way other artists can’t.

“I love (other) artists to death, but they don’t feel me,” Kumar said. “I see a lot of my emotions in (Mitski). Seeing her success in her vulnerability makes me feel as if I can go out into the world and be vulnerable myself.”