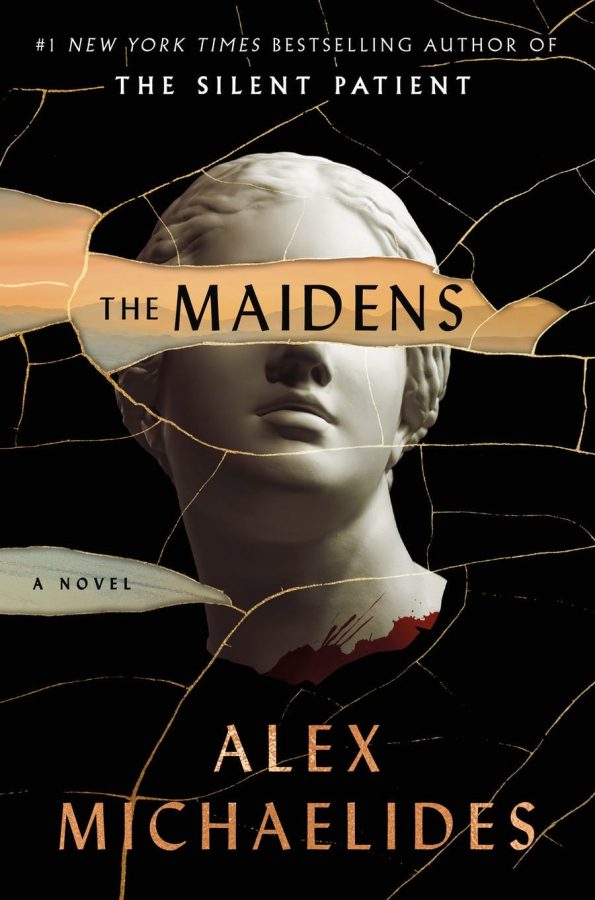 Though promising an interesting psychological suspense bound in an eye-catching book cover design, “The Maidens” by Alex Michaelides disappointingly underdelivers.

After receiving a worrisome call from her niece, Zoe, psychotherapist Mariana Andros leaves London for Cambridge to help Zoe grieve the murder of her friend. On arrival, Zoe’s fearful attitude toward Greek tragedy professor Edward Fosca sparks an obsession within Mariana to pin Edward as the murderer.

Adding to Mariana’s suspicion of Edward, his elite clique of starstruck students, the Maidens, constantly follow his every move and make clear they back up his actions. However, a third of the way through the book, the Maidens disappear one by one as a different body ends up being brutally murdered. Questions run through Mariana’s head: Did one of the Maidens blackmail Edward? Did they lose his trust? Additionally, Edward’s arrogant mannerisms cement him as a killer in Mariana’s eyes.

Throughout the novel, Mariana uses her psychotherapist skills to investigate the campus. The search for proof to frame Edward becomes tedious, with very obvious hints pointing to him as the suspect from the very beginning. Though a murder mystery plot set in an elite college setting sounds interesting, nothing about the actual novel delivers action.

Short and simple sentences make reading through the plot feel more like skimming through a story. Michaelides does add depth to Mariana, such as her working through her grief of the death of her husband a year prior to the start. Still, the writing style doesn’t allow readers to immerse themselves into the story nor become attached to any of the characters.

The only interesting scene comes 25 pages before the book’s end, completely blindsiding readers but not in a successful plot twist. Instead, the ending feels extremely underwhelming, with a quick wrap up that leaves many questions still unanswered. All of the provided answers do nothing but leave readers unsatisfied.

Attracting readers with an exciting and suspenseful plot idea, “The Maidens” offers only confusion and unsatisfying wrap-ups. However, some themes of grief and perseverance help salvage the story.

2 secret societies out of 5