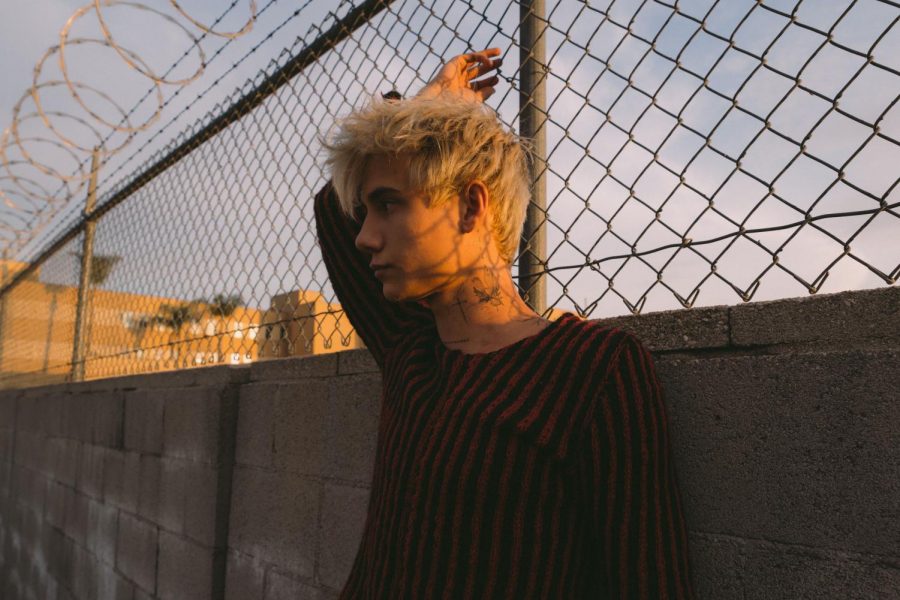 For pop punk artist Jxdn, performing on one of the biggest stages at Austin City Limits Festival is nothing — he’s used to having over 9.3 million followers view his every move on Tik Tok.

Ahead of his Weekend 2 performance at ACL, The Daily Texan talked to Dallas product Jaden Hossler about his musical beginnings, influences from the late Juice WRLD and more.

The Daily Texan: What made you want to get into music production?

Jaden Hossler: I had never been to a concert in my life (until) I was 18 years old. … There was a Juice WRLD concert in Dallas, … and in the middle of the concert, it just hit me that (this is) what music really (is). I heard thousands of people singing the same — no matter (their) race, gender (or) beliefs. That was the most powerful thing I’ve ever heard in my life, so I told myself if he can do that for me, then I’m going to do that for everyone I can. I went back to LA, and I asked anyone I could to get in the studio. … I don’t take any of this for granted. Every time I perform, I’m really trying to give the audience an opportunity to feel comfortable with who they are.

DT: What song are you most excited to play during your set?

JH: Something cool that I like to do is play “Armed And Dangerous” by Juice WRLD, because he’s the reason I started making music. I would feel remiss if I didn’t show him respect. He left a legacy for everyone. I love getting to see people loving my music, but connecting with the audience as another audience member (and) getting to listen to Juice WRLD is the coolest thing in the world.

DT: What’s it like being on tour with Machine Gun Kelly?

JH: I’ve known about MGK for as long as I can remember. … We met up in the studio a couple times … and really connected with each other. I really think a big reason why I’m on the tour is because I showed him why I’m here and that I respect him as a person. … When (Machine Gun Kelly) dropped “concert for aliens,” that was one of the big factors in me going pure pop punk, because it was just so fun and I really felt like people needed that type of music right now. That song really changed things for me.

DT: Over the summer, you released your album, Tell Me About Tomorrow. What was it like to create an album during the pandemic?

JH: The album itself really is all about hope. I was going through the toughest times in my life, and I wrote about it, and I tried to make it fun to listen to. I have an opportunity to impact people in a good way, so with (the songs) “Tell Me About Tomorrow” and “No Vanity,” (I try) to be vulnerable.

DT: Any closing thoughts to your fellow Texans?

JH: Shout out, Texas. Man, I missed you guys. It’s crazy. If you feel like you’ve always been good at something, but you’re not good enough, just know that was me, and I’m right here on this interview. So keep going.