Texas basketball: by the minutes 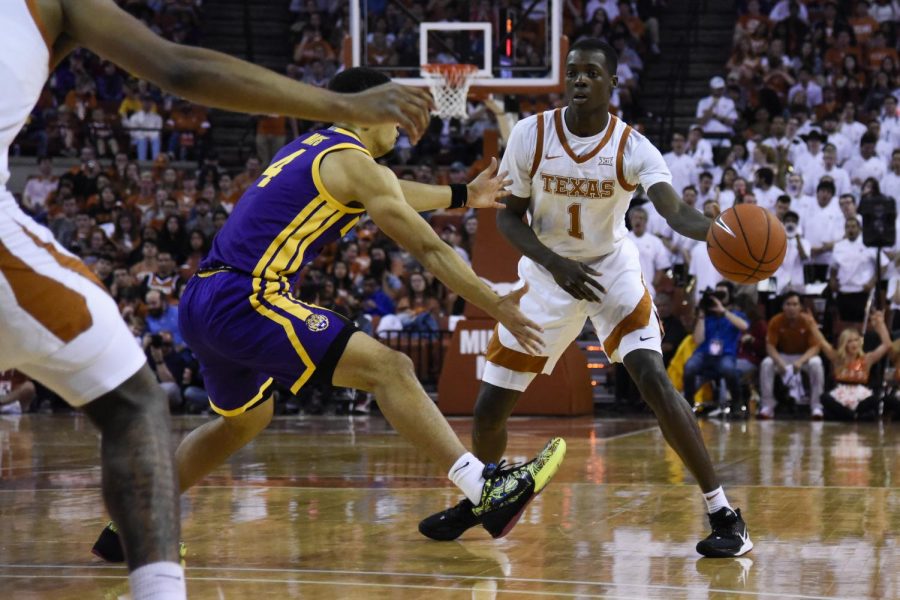 Chris Beard hit the ground running and constructed a high caliber team that consists mostly of transfers.  After Texas basketball lost four starters to the NBA draft, Beard went and recruited six of the top 31 transfers in college basketball including top-ranked transfer Marcus Carr from Minnesota. With a deep roster full of transfers and just a few returning players, the Texan decided to take a look at how Coach Beard might spread out the players’ time on the court.

Let’s start by taking a look at Texas’ deep backcourt of guards:

It’s no doubt that Marcus Carr will see plenty of time on the court. After being recruited to Texas as the highest ranked transfer in last offseason’s transfer portal, he’ll no doubt be a starter and play a critical role in a potentially dangerous Texas backcourt. Last season, Carr played over 35 minutes per game at Minnesota, and this season I predict Carr sees about 30 minutes of court time. Carr’s passing and scoring capabilities have the potential to take Texas deep into the postseason. On Wednesday, Carr was voted both Big 12 Newcomer of the Year and All Big 12 Team as part of the conference’s annual preseason coaches’ poll.

Jones joins just three other returning Longhorns this season after coming off of an impressive 2020 season. Last year, Jones led the Longhorns in points per game with 14.6 and carries unique off-ball capabilities that would pair nicely with Carr as point guard. Jones, the likely second guard, should see roughly 25 minutes per game.

Poised as the starting point guard prior to Marcus Carr’s arrival, senior Courtney Ramey will be the Longhorns’ likely six-man coming into the 2021 season. Ramey could be seeing between 10 and 15 minutes per game. Last year, Ramey was a reliable starter for former head coach Shaka Smart. He shot over 40% from deep and averaged 12.2 points per game. Ramey should be on a consistent rotation off the bench with Jones and Carr.

Returning for his fifth year at Texas, Jase Febres led the Longhorns in three-pointers made with 89 in the 2018-2019 season, the ninth-highest total in Texas history. Febres has experience coming off the bench and will likely fit well into the guard rotation. Throughout the season, Febres could be seeing between 5 and 10 minutes of court time per game.

Sophomore Devin Askew, a top ranked transfer out of Kentucky, will likely not see as many minutes that he did in the SEC, but could still be an important role player to this Texas team. Freshman Gavin Perryman also might not see very many minutes on the court, but Perryman adds to Texas’ depth at the guard position. Transfer Avery Benson followed head coach Chris Beard from Texas Tech and will see a similar role and time on the court as Benson. Between the three players, somewhere around the 12 minutes on the court will be available for them to split.

Joining Texas’ transfer haul, Timmy Allen served as the Utah Utes’ top option last season posting team highs in minutes (35.1), points (17.2), rebounds (6.4) and steals (1.3). Allen should be a reliable option for the Longhorns due to his solid playmaking skills. Timmy Allen’s high basketball IQ will likely be put to use for roughly 30 minutes per game.

Junior Dylan Disu brings versatility and a commanding defensive presence to the paint for the Longhorns. Likely filling the second starting forward position, Disu should see plenty of time on the court. He should likely be clocking in around 25 minutes per game.

As one of Coach Beard’s most exciting transfers, Tre Mitchell brings a strong offensive upside at the center position. Michell’s offensive presence should help the Longhorns space the floor while players  like Carr and Jones are on the court. Previously ranked as the second highest rated transfer behind Marcus Carr, Mitchell should see around 25-30 minutes per game.

The Creighton transfer has a lot of potential on this Texas team as likely the first big off the bench. Bishop brings explosive athleticism to the bench and may see a high number of minutes this season to switch up the pacing of the game. Bishop’s court time this season will likely sit around the 15 minute mark.

Returning junior Brock Cunningham brings strong defensive skills that will put him in the game quite a bit when a stout defender is needed. Cunningham’s court time could fluctuate from between five and 10 minutes based on the needs of the opposing team.

Freshman Jaylon Tyson flipped his commitment from Texas Tech to Texas following Chris Beard’s hire in the spring. Tyson will probably only see the court for a couple of minutes per game this season, but he has the talent and potential to fill the guard and forward positions.