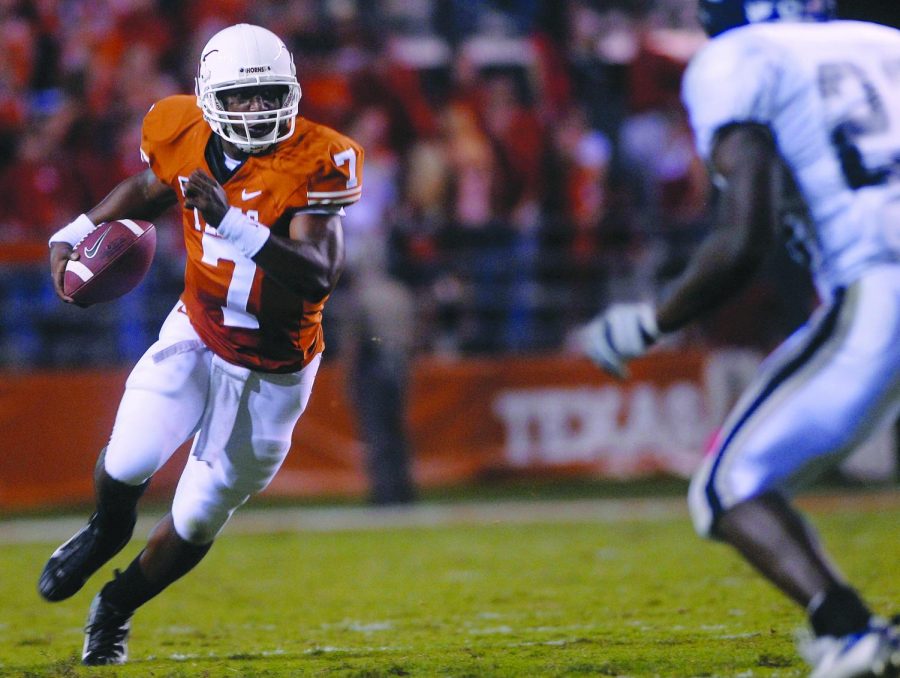 Few victories are guaranteed for Texas football these days. But Longhorns fans are given a brief respite from uncertainty when facing Rice, a team Texas hasn’t lost a game to since 1994.

The outcome of any Rice-Texas game ­­– the first of which the teams played in 1914 – is almost as set in history as the game itself. In the words of former U.S. president John F. Kennedy, who compared Rice winning against Texas to America landing on the moon, Rice plays “not because they are easy, but because they are hard.” But, like the moon landing, victory for Rice is never impossible: While Texas has celebrated 73 wins over the Owls, the Longhorns have also mourned 21 losses.

During the last matchup between the two programs in 2019, Texas won in Texas-sized fashion, 48-13. Rice rolls into Week 3 0–2, while the Longhorns enter this classic matchup 1–1. Both the Owls and Texas have faced Arkansas’ wrath in two consecutive weeks. Rice’s season opener loss to the Razorbacks and the Longhorns’ first road game loss of the season both had one thing in common: crippling defeats, with Texas losing 21-40 and Rice 17-38.

In October 1994, No. 12 Texas made the three hour trek from Austin to Houston for its annual game against the unranked Owls. Up until that Saturday in 1994, the Longhorns had not lost the matchup in 29 years. But that fall day was destined for Rice history.

As the Texas offense prepared to take the field and establish some momentum, Longhorn special teams fumbled the punt return. The Owls recovered the ball and, just 11 seconds after their first score, found the endzone for a second time. On the first play of the drive, quarterback Josh LaRocca launched a bullet to find senior running back Byron Coston in the endzone. Rice led 9-0.

When the burnt orange offense finally took the field, the Longhorns only put three points on the board heading into the second quarter, courtesy of a 44-yard field goal by freshman kicker Phil Dawson.

Texas caught traction in the second quarter with a clean 40-yard pass from sophomore quarterback Shea Morenz to senior wide receiver Eric Jackson for a touchdown. For the first time throughout that Saturday’s matchup, Texas led 10-9.

The victory was short-lived — Rice’s Huelsman kicked another field goal as time expired for the first half.

In the middle of the fourth quarter, the Owls had offensive possession and drove 43 yards down the field to find six points in the endzone, giving Rice a 19-10 advantage. Texas had just over eight minutes to respond until the game clock hit triple zeroes.

The Longhorns charged the field for 68 yards as Morenz found a man in the endzone. But even with Morenz and team’s grit and effort, the points were too little, too late. Rice ran out the clock and Texas lost its first game to Rice since 1965. The Longhorns’ 1994 loss remains their most recent loss to Rice.