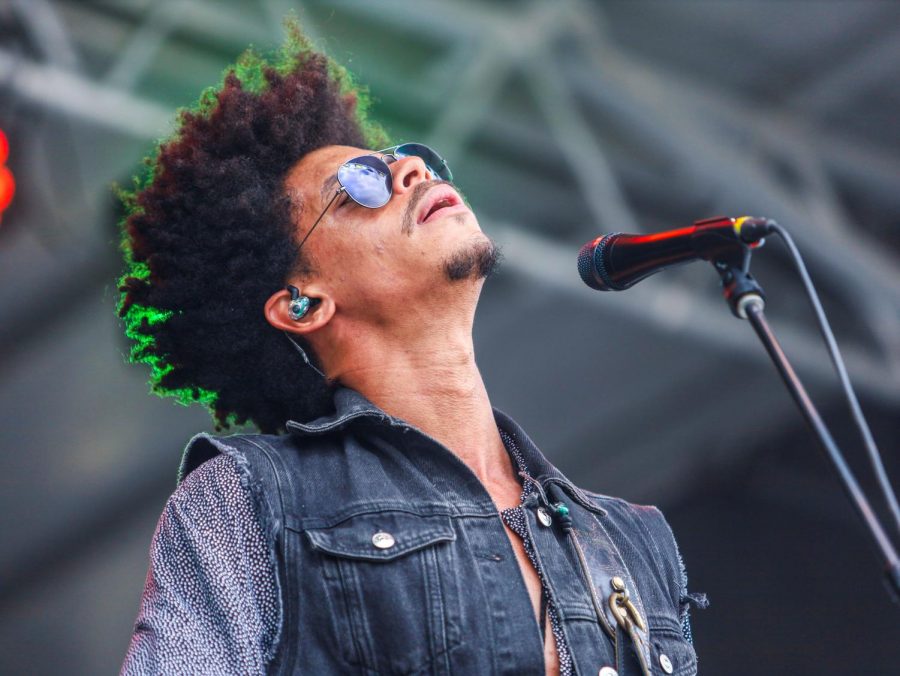 Fresh off his Europe tour and debut album release, the Jimi Hendrix reincarnation’s ACL inauguration came packed with spine-chilling guitar solos, raw and rigid vocals and a lot of cheering.

The Daily Texan sat down with Person after his afternoon set, talking about music, influences and how he was born to be a star.

The Daily Texan: How do you make such timeless music?

Zach Person: Coming to Austin in 2017, I didn’t know anybody. My only contact was Friends Bar on Sixth Street, and I had a Thursday night residency there for about a year and a half. That taught me a lot because it’s a very high turnover sort of situation. People come in and you want to hold their attention. I remember a distinct moment where I looked out and it was everybody — young, old, every ethnicity, gender —  together. I finally figured out how to transcend all this stuff and everybody’s connecting now.

DT: Did you have any musical influence from your family?

ZP: My mom was a really great singer, so when I was young, she was always listening to Motown and r&b soul music around the house.  The first solo I ever memorized was the saxophone solo from Bill Withers  “Just the Two of Us.” I would ask her to play that  song over and over, so that started shaping my ear for the melody early on.

DT: How long have you been playing guitar?

ZP: Since I was 10-years-old. When I first started off, I was coming from hearing heavy rock and punk music at skateparks, so that dream turned my ear towards that sound. Then I started getting into classic rock like Led Zeppelin, Jimi Hendrix, eventually stumbling across the blues — Stevie Ray Vaughan, Eric Clapton, BB King — which became the foundation of all my music. Coming to Austin and Houston being exposed to more pop and just other hip hop, started to make its way into the music I was making.

DT: What’s one thing you learned while being in Europe?

ZP: Actually, my last name, Person, originates from Sweden. It’s usually spelled with two s’s (Persson), but when you translate the Latin roots, “per” means stone or rock, and “son” literally means son. So, it basically translates to “son of rock” which is kind of cool.