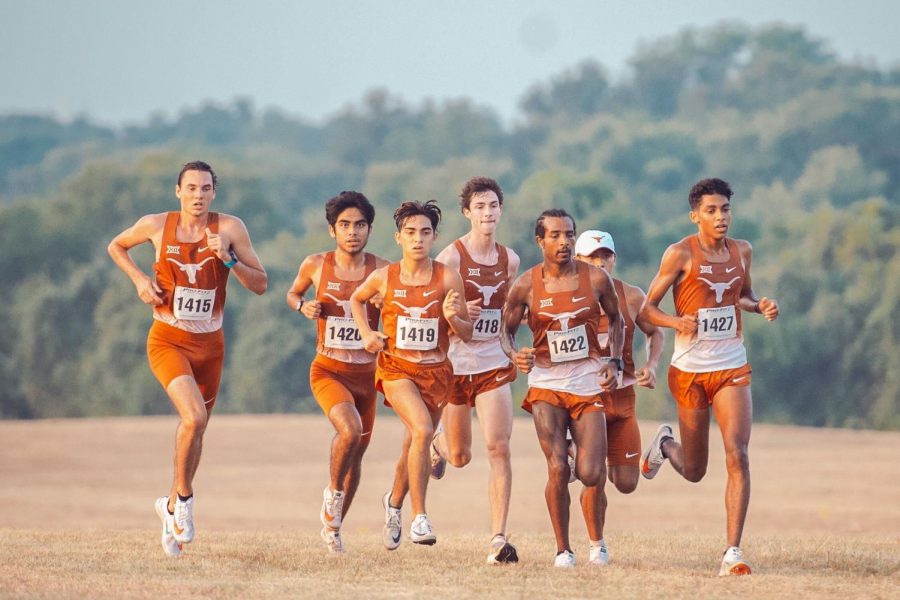 No. 24 Texas men’s cross country closed out the regular season with a 6th place finish at the FSU Invitational in Tallahassee, Florida on Friday and an abundance of personal bests.

Junior Haftu Knight was the first Longhorn to cross the finish line in the Men’s Garnet 8K in 28th place at a time of 23:28.2. It was a personal-best time for him by 26 seconds.

Knight has accomplished a tremendous amount so far this season. He was also the first Longhorn to finish at the Cowboy Jamboree earlier this season in seventh place.

Knight’s teammate, junior Yaseen Abdalla, finished directly alongside him in the 8K in 29th place with a time just 0.1 seconds behind (23:28.3). Friday was also a personal-best time for him.

Adballa has also exhibited success on the course this season. He earned his first collegiate win at the Tornado Watch Invitational and was the second Longhorn to finish at the Cowboy Jamboree in 10th place.

The team as a whole earned 233 points at the meet, beating out close competitors No. 20 Florida State and No. 22 Alabama.

Junior Crayton Carrozza was the third Longhorn to finish in the 8K with a time of 23:46.3. It was Carrozza’s first time competing all season, and he was able to earn a personal-best time as well.

Behind the trio was sophomore Rodger Rivera who finished in 54th place, sophomore Abraham Avila-Martinez in 79th, freshman Cole Lindhorst in 102nd, and junior Cruz Gomez in 124th.

With the completion of the regular season, the Longhorns look forward to heading back to Stillwater, Oklahoma for the Big 12 Championship on Oct. 29.