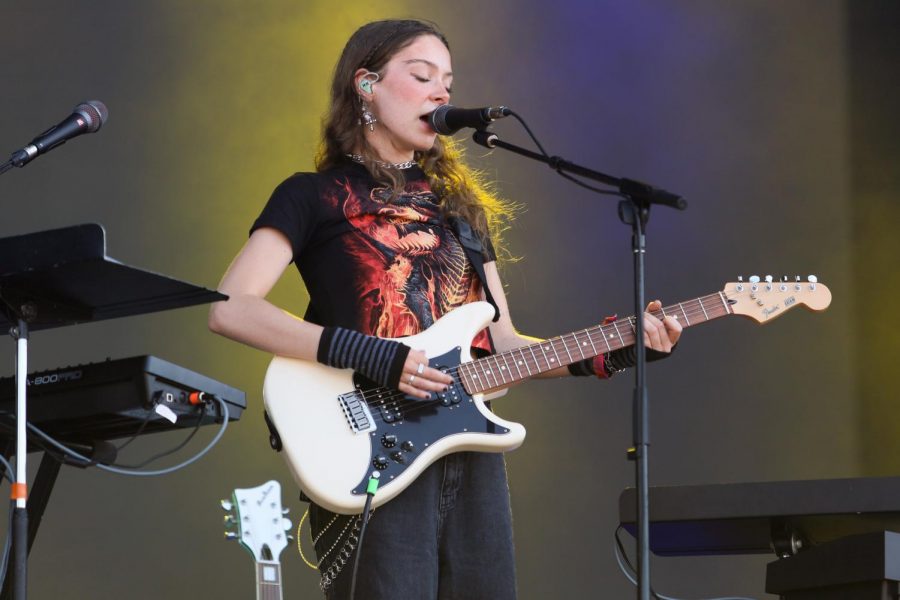 Over a span of six days and over 130 acts, both large and small graced Zilker Park, showing off their mad talent in the 18th annual Austin City Limits Music Festival. Yet, who only made up two of the six headliners but drew in the biggest crowds? Women.

In a male-dominated industry, women still find themselves reigning. Whether they spit fast lyrical verses, write slow songs about their lives or incorporate past careers into their newfound artistic performances, the women of ACL conquered and provided live experiences like no other.

With her signature leg extension and her smooth, steady vocals, Canadian singer and dancer Tate McRae owned Lady Bird stage both weekends of ACL. The 18-year-old said she wanted to soak in every moment at ACL, the last of her 13 run festival summer.

“Especially at my age … I always think about what’s coming next,” McRae said. “It went by so quickly and today I was like holy shit it’s the last one and I didn’t even take in half of what was going on, so (I’m) just trying to be very present right now.”

McRae grew in popularity in 2020 after the release of her debut EP “all the things i never said,” and her song “you broke me first” became an international hit. Now, McRae’s collaborations with artists such as Troye Sivan and Jeremy Zucker grace radios all across the world.

Though most people can’t relate to being the youngest musician on Forbes’ 30 under 30, the songs she writes in her bedroom still feel intimate and personal. In songs like “stupid” and “all my friends are fake,” McRae sings about relatable topics like romantic and platonic relationships. In the process of writing her next LP, McRae said she takes inspiration from female artists, such as Taylor Swift, who inspire her storytelling lyrics.

“I’ve gotten lost in writer’s zone before where people have told me what to write and then I end up listening to my songs back and I’m like this is not what I want to say at all,” McRae said. “I have to write my own shit and I have to believe it too. If it’s not written about something real then I’m not going to be able to connect with it at all, and neither is anyone else.”

Only the second stop on her tour (opening for rap collective AG Club), California rapper Payday — born Payton Clark — graced the Miller Lite Stage Saturday, Oct. 2, full of high energy and humbling emotion. Writing her first rhyme at just 12, she used the world around her to make her sound.

“My first rap was on paper and you could hear me flipping the page in the audio,” Payday said. “I just left it there. I didn’t know how to edit it out.”

Now, the 17-year-old holds a discography of eight singles, three EPs and three albums, all reflections of her growth as a person, a hot new artist and her overall goal of being an audience’s companion.

“The key is saying real shit people relate to,” Payday said. “One of my first concerts was Lorde, and I felt this feeling in my heart like, ‘I want that to be me.’ I want (my audience) to feel that same feeling of being inspired. I’m making friends out there.”

On both Saturdays of this year’s Austin City Limits, a stacked line up of female artists performed on Lady Bird Stage. The stage, named after former first lady Claudia Alta “Lady Bird” Johnson, provided the perfect place for the iconic female stars.

Holly Humberstone, a U.K. native, said she never visited the U.S. before this trip to play her indie rock music at the festival. Playing on the same stage as her favorite female artists felt empowering, she said.

“It’s so surreal seeing all of those amazing females, and Phoebe Bridgers is one of my all time favorite songwriters, so to be the little baby of that stage is so cool,” Humberstone said. “The lineup is my dream lineup and it’s amazing to be on that stage.”

Amid her performance of her gentle, relatable coming of age songs, Humberstone paused to deliver a message: her disdain for SB8 — the Texas abortion bill. She said growing up in the U.K., she always viewed abortion as a human right and feels the Texas bill will ruin people’s lives. With a crowd of people listening to her every word, she said she felt the social responsibility to speak out against the bill.

“It’s particularly important to empower females, especially Texans,” Humberstone said. “I can’t imagine how it must have been living here during those changes. It’s so important to sit together and show our support for each other.”