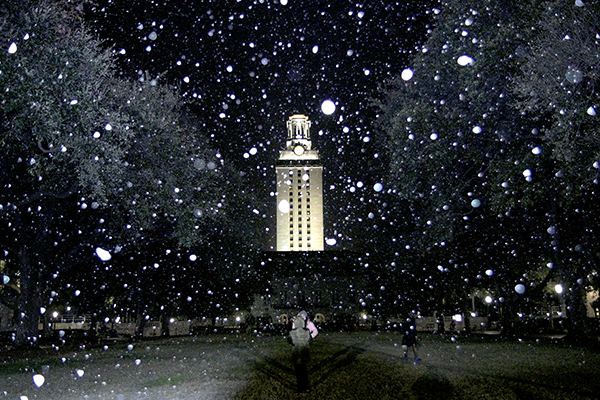 Texas lawmakers in late September discovered a loophole in legislation aimed at preventing energy failures seen during Winter Storm Uri. Some University experts said most state industries will likely use the loophole to sidestep weatherization upgrades.

Senate Bill 3 requires the Texas Railroad Commission to finalize rules for weatherization upgrades among state industries such as natural gas, oil and electricity. However, some companies have the ability to opt out of the weatherization requirement by not declaring themselves as “critical infrastructure,” according to The Texas Tribune.

Sheila Olmstead, economist and professor at the Lyndon B. Johnson School of Public Affairs, said most companies are unlikely to voluntarily declare themselves as critical infrastructure because weatherizing equipment is costly, and the energy market does not reward them for reliability. The commission has not released finalized rules for weatherization upgrades.

Olmstead said the state should determine what is critical infrastructure instead of allowing companies to self-report.

Additionally, Olmstead said Texas should consider incentivizing energy companies for reliability like many other states that already do. Paying facilities who don’t operate 24/7 to be available in emergency situations is one approach that Texas could take, she said.

“Texas’ complication is that it’s not just that there were generators that went down (during the winter storm), … gas wasn’t available (either) because the gas production itself went down due to the freeze,” Olmstead said. “These correlated kinds of disasters within an extreme event are going to get more and more common. … Figuring out how reliability can be rewarded for each of these pieces is a really important part of the role of the state.”

Companies are skeptical about the likelihood of another winter storm in Texas, which is another reason why they’re reluctant to follow the weatherization requirement of Senate Bill 3, Olmstead said. She said the state should discuss how climate change can make these events more frequent because waiting for the event to occur is not the best strategy.

Robert Hebner, director of UT’s Center for Electromechanics, said the legislature has placed different entities in charge of the industries instead of placing one, making it difficult to regulate the industries.

“You have to decide how to balance the good of everybody, and that’s what our state legislature is tasked to do,” Hebner said. ”There’s a huge question in people’s minds about whether or not that’s what they’re really doing.”