A glimpse into sleep paralysis, presented by UT students and researchers 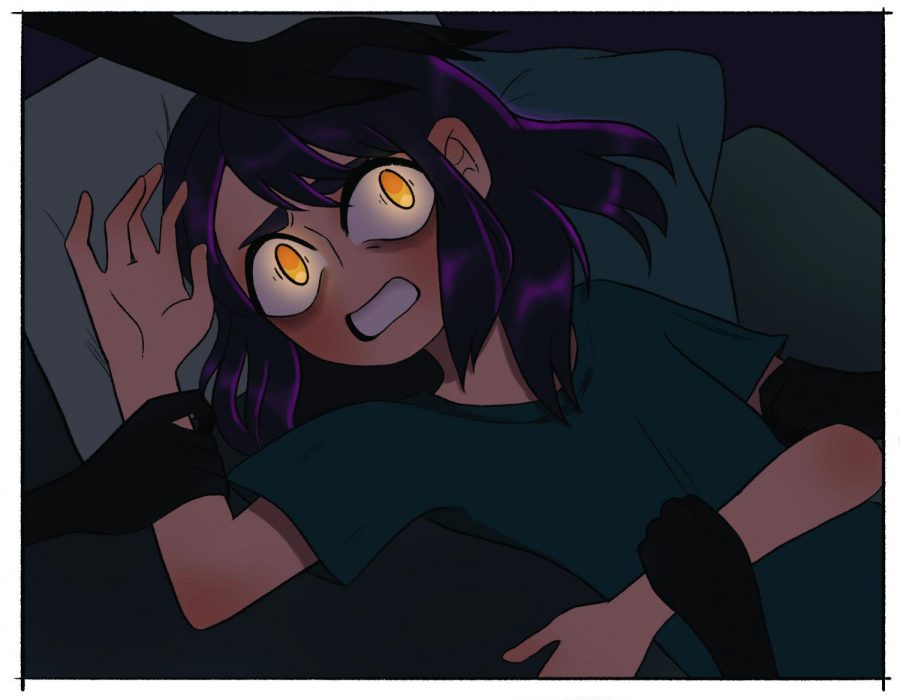 Alarmed by a sharp ringing, John Escareno awoke in his bed, completely paralyzed. He opened his tired eyes to find a large spider scaling his ceiling. After a few long minutes, the ringing subsided and the spider faded from his sight. For Escareno, this was a calm night.

Sleep paralysis, defined as the loss of motor abilities upon falling asleep or waking up, often results in frightening side effects, such as hallucinations or feelings of suffocation. In college students, the phenomenon often corresponds with higher stress. Like Escareno, many UT students experience the nightmarish effects of sleep paralysis and cannot maintain healthy sleep schedules.

Journalism freshman Escareno said his long list of sleep paralysis companions includes a cranky old lady, rabid dogs, a lanky shadow figure emerging from his wall and a sinister version of his friends. While he eventually learned to cope with sleep-induced hallucinations, he said he initially associated sleep with fear.

“The first couple of times I had sleep paralysis, I pulled all-nighters,” Escareno said. “I think it definitely messes with the way you think of sleep because you’ll be afraid of (the frightening experience) that is going to happen next.”

For Teresa Ramos, a speech, language, and hearing sciences freshman, physical hallucinations were the primary side effect of her sleep paralysis.

“I felt like there was something on my chest. I couldn’t breathe,” Ramos said. “It was a very scary experience. I have no idea how long it lasted — it could be like a couple of seconds or it could have been longer.”

People can interpret hallucinations and other symptoms of sleep paralysis in different ways. Remy Mallett, a UT alum and postdoctoral researcher at Northwestern University, said people associate sleep paralysis with paranormal activity because of its nightmare-ish qualities.

“There are some crazy cross-cultural consistencies in sleep paralysis that have yet to be explained,” Mallett said. “There are (multiple) classical paintings of a demon on somebody’s chest. People use this as paranormal evidence because … different cultures who hadn’t communicated pre-internet all developed the same story.”

“People don’t often bring up nightmares to their clinicians,” Mallett said. “We just don’t talk about dreams, so going to a doctor and saying you’re having nightmares feels weird.”

Treatment for sleep paralysis does not always involve a physician. Dr. William Schwartz, a neurology professor at Dell Medical School, said treatment can start from the comfort of your own bed.

“The best avenue (of treatment) would be things your mother would tell you,” Schwartz said. “Keep to a good schedule, don’t be sleep deprived, try to moderate stress … There are medications that generally operate by suppressing REM sleep, but (treatment) starts with simple changes to sleep scheduling and hygiene.”

Escareno suggests students take on healthy sleep practices like getting enough sleep and not sleeping on their backs. He said he rarely experiences sleep paralysis anymore and attributes this improvement to attending therapy for his depression.

“It all depends on the person,” Escareno said. “Some things outside your life, or in your life, can definitely affect whether you have (sleep paralysis) … as long as you don’t start spiraling out of fear in the middle of it, you should be fine.”