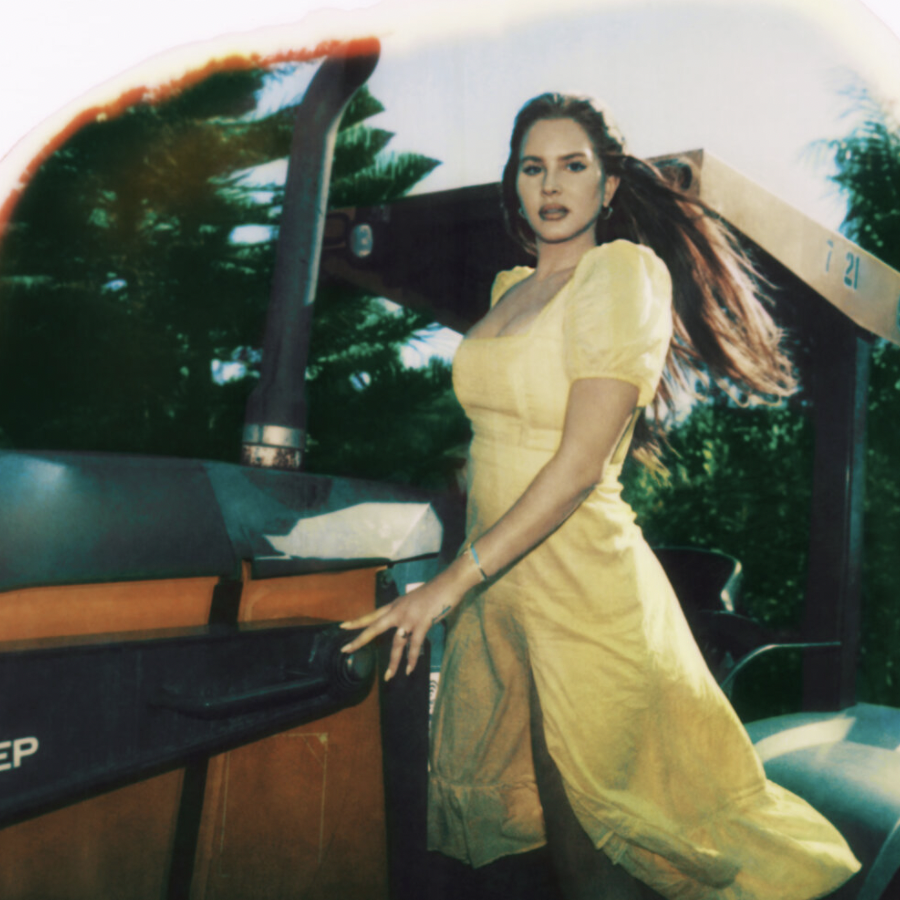 This past summer, Lana Del Rey took a break from the shackles of music stardom and picked up a new, liberating hobby: farming. In her latest music video for “Blue Banisters,” the artist soaks up the summer sun riding a John Deere tractor and painting a fencepost.

Just seven months after her last album release, Del Rey returns to the music scene with her eighth studio album Blue Banisters. Despite the record’s seemingly rushed release, the queen of pop angst dazzles on this 15-track collection, taking a more personal approach to her Americana aesthetic. The project discusses themes of female solidarity, independence and life during the COVID-19 pandemic.

The six-time Grammy nominee rearranged her production team on this record, with Jack Antonoff and Rick Nowels — a collaborator on every project since her second studio album 2012’s Born to Die — absent from the roster. The singer embraces a more stripped-down sound, clearly reflected in the album’s instrumental arrangement. Though fans became accustomed to grand instrumentals on Ultraviolence and Norman F*****g Rockwell, this release leans heavily into ballads, sometimes backed only by a single piano melody.

While the beautifully bare track “Cherry Blossom” confidently embodies this simplistic production style, other songs such as “Sweet Carolina” contribute to a sluggishness, occasionally hindering the record. Ironically, the pre-album released singles stand among the most forgetful on this project. The almost five-minute title track establishes a wistful atmosphere but remains stagnant through its duration with mediocre vocals failing to compensate for an elongated, muted instrumental. Similarly, “Wildflower Wildfire,” though offering an impactful ending, fails to live up to its escalating verses, resulting in a largely dissatisfying track.

Despite the occasional dull moment, Blue Banisters contains the grand cinematic triumphs characterized in Del Rey’s catalogue. Back-to-back “Dealer” and “Thunder” shine as highlights of the collection, showcasing the singer’s ability to shift from melodic ballad to bluesy anthem. Nestled between two softer tracks, exasperated vocals and dynamic drum arrangements culminate to form the record’s climax in these two songs.

Though beloved for the archetypal personas she develops — from a burnt-out rockstar to a troublesome mistress — the alternative artist looked inward on this project, writing largely about her own self-discoveries during the COVID-19 lockdown. The album’s midpoint “Violets for Roses” nods to the pandemic, opening with “There’s something in the air / The girls are running ’round in summer dresses / with their masks off, and it makes me so happy.” Though lyrics like this can feel a bit on the nose, they show that this album is rooted in far more reality than past projects.

Before deactivating social media accounts in September, the singer teased the album on Twitter by stating, “I’m writing my own story. And no one can tell it but me.” The more personal qualities of this record compel listeners to apply their own experiences to melodramatic lyrics, allowing for a more universal appeal.