Professors continue to use Proctorio despite University discouragement of the software 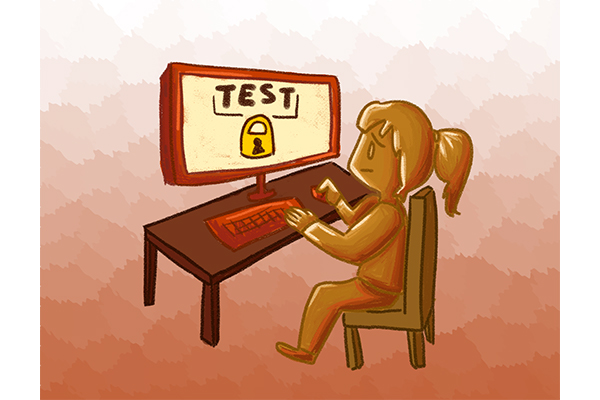 Some students say their professors still use Proctorio, an online test proctoring tool, after the University released a report saying the small benefits of the service did not outweigh the costs.

University administration published findings from a committee investigation of Proctorio that indicated the psychological and financial costs of the tool are not worth using the software. The University discouraged further use of the platform in a message sent to faculty in August.

“Student groups report that these tools can make it difficult for students (and particularly students of color) to get admitted into the exam,” the report said. “The invasive nature of the tools as well as the warnings that the tools may send to the screen during the exam cause high levels of anxiety.”

“It’s hard to find a space where I feel like I won’t get flagged because they say Proctorio flags for things like people and noise in the background,” Barrera said. “Especially living in a complex with a bunch of other roommates where noise is always bound to happen.”

Barrera said her professor did not explain why Proctorio was being used, nor did they acknowledge the statement released by the University. Beevers did not respond to several requests for comment.

Luisa Gil Fandino, a textiles and apparel professor, said she uses Proctorio for in-person exams that are administered online to discourage students from opening other tabs or communicating with students. Only the lock down browser Proctorio setting is used, so students are not recorded during their exams, Gil Fandino said.

“Because it’s face-to-face, (Proctorio) is no longer monitoring their every move,” Gil Fandino said. “It’s only used for a calculator and to make sure that’s the one screen that is being operated during the exam.”

According to the report, Proctorio was used extensively during the 2020-2021 academic year, University members only reported 27 cases of academic dishonesty to the Student Conduct and Academic Integrity office. Of the 27 reports of potential violations of academic integrity, the University only upheld 13, the report said.

Last semester, the Senate of College Councils passed legislation to ban the use of proctoring software, citing the negative findings from the Liberal Arts Council survey. According to the survey, 72% of respondents view proctoring programs negatively and 24.47% of BIPOC people and 38% of students with disabilities report feeling wrongly flagged.

“I definitely felt like it was a lot more stressful than a standard test-taking environment, especially because of the inclusion of the eye-tracking software and the noise-tracking software,” Shi said. “Other students had even more pressing issues like them not being able to be identified with their ID.”

In the report, the committee recommended alternate test options such as avoiding multiple-choice exams and offering open-note exams.

“If the primary reason for tests is to ensure mastery of content and skills, then instructors are encouraged to consider a testing plan where there are many short tests throughout the semester and where each test has a relatively low impact on the final grade,” the report said.