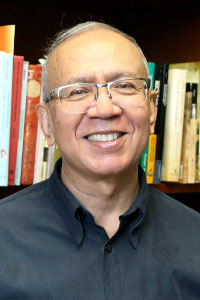 Three UT-Austin faculty members were selected as co-editors of one of the premier Asian Studies journals in the world beginning Oct. 1.

Founded in 1967, Modern Asian Studies publishes six issues per year with research articles pertaining to the Asian region. The editorial team, selected by the Cambridge University Press, will look at the research papers submitted and decide which should be published.

“I don’t know that I ever thought I would be an editor for a major academic journal of this scale,” Oppenheim said. “I’m very pleased for the support of the University and pleased that our team was selected by Cambridge to do this.”

Guha said this is the first time the journal leadership consists of four co-editors from outside of Cambridge.

“People do know in Europe and Asia and elsewhere in the world that we have some really high-grade faculty in many different fields of Asian studies at UT,” Guha said. “They felt that they were putting it into safe hands.”

Donald Davis, Asian studies professor and chair, said in an email that he is proud and lucky to work with the selected faculty.

“It’s a great recognition for all the new editors,” Davis said. “At UT, hosting Modern Asian Studies promises to bring to our campus an even greater circulation of ideas and people who are at the cutting edge of Asian studies.”

Guha said when Cambridge notified him and his co-editors of their selection, he felt thrilled and frightened at the same time, but that sense of concern and worry washed away after Cambridge trained them.

“I felt some trepidation … at the sudden thought that am I really going to be able to even fulfill the role that’s expected?” Guha said. “You don’t want to mess up. It’s bad for my reputation personally or our reputation personally, but it’s also bad for the University of Texas.”

Oppenheim said the editorial team is interested in diversifying and broadening the content that the journal publishes, as a lot of its work focuses on South Asia.

“We’re certainly interested in representing (and) making sure those fields have a place,” Oppenheim said. “I wouldn’t describe it as a sudden change or anything like that. We’re simply interested in evolution in that direction.”