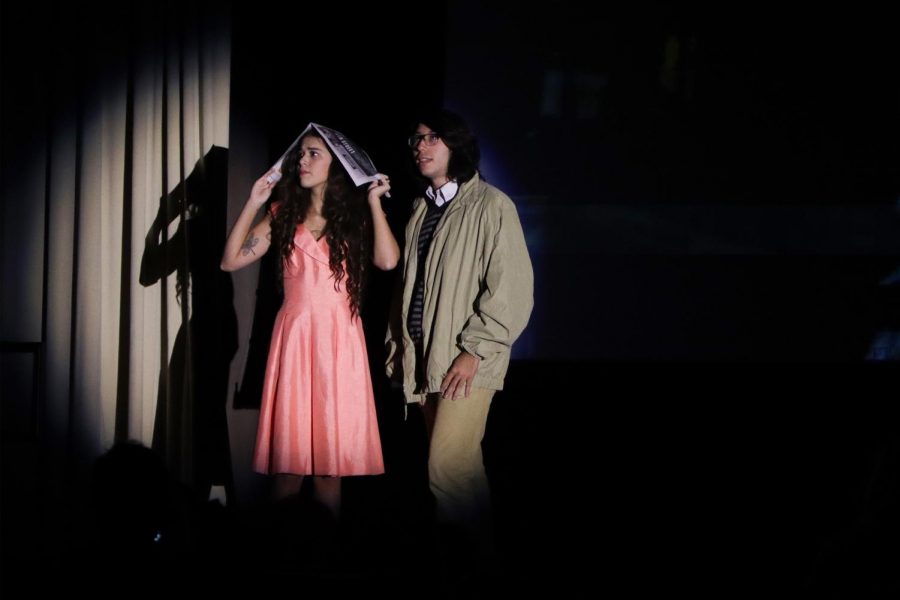 Emery Glover spent her entire childhood surrounded by the “Rocky Horror Picture Show” craze where every year around Halloween, her family went to watch the extravaganza. Now, she’s directing a version of the show herself for an audience of UT community members.

“I know every word, every callout, every song, every character,” the theater education senior said. “It created so much of who I am. I think a lot of the reason that I went into theater and became the person I am today is because of ‘Rocky Horror.’”

As with the shadowcast tradition, the cult classic film plays behind a cast of actors as they enact the movie simultaneously. The audience will get goody bags at the auditorium entrance filled with props. During the show, the “Rocky Horror” cast will encourage audience members to interact with the feature by using the props and yelling various “callouts” at the screen.

“The difference between those shadow casts and just watching the movie is that with the shadow cast, you’re able to do a lot more and have a lot more fun with it,” Javier Lopez, a government and international relations senior, said. “It’s supposed to be a low budget kind of thing … and you’re able to yell stuff at the audience and everybody dresses up and it’s just a good time.”

Lopez, who plays the role of Brad — the young, naive male lead who gets lost in the woods with  fiance Janet — said he participated in the 2018 show and can’t wait to return for 2021.

“It’s just such a feel-good confidence booster,” Lopez said. “Everybody’s very supportive of each other and it’s just such a show where you feel like you can be yourself and you can act a little crazy and have fun.”

English senior Andrew Mendoza serves as the producer for this year’s rendition of “Rocky Horror Picture Show.” He said they began production in early October.

“I love performing, and I think behind the scenes work is performance in its own way,” Mendoza said. “It’s all about logistics, connecting people and making sure everything runs smoothly. I think watching it all play out and seeing the results of a month and a half of work come together would be the most beautiful thing.”