Go to the polls, vote against Proposition A 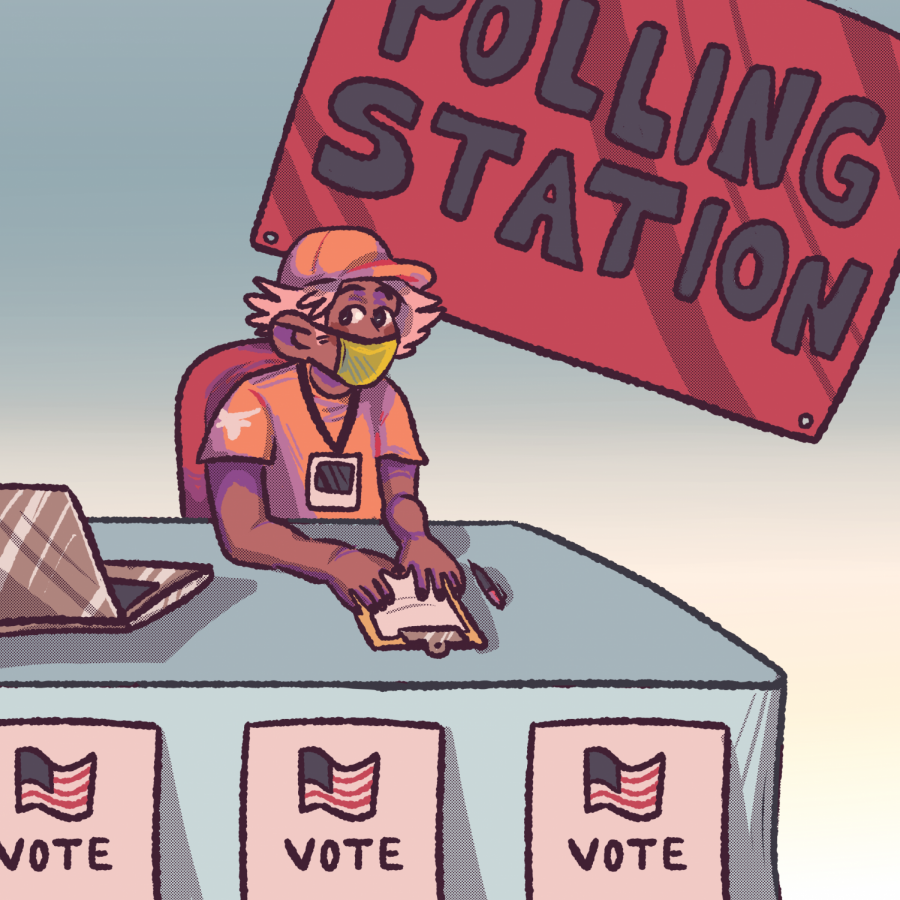 That’s how much is at stake in the November statewide election. With Proposition A threatening to undercut funding for needed initiatives by drastically increasing Austin Police Department’s budget by at least $271.5 million, the rush to the polls should be fervently large. However, at the rate ballots are currently being cast, overall turnout is predicted to be a meager 19% or less.

If you’re a student here at UT, you’re a part of the greater Austin community — a community that you are responsible for engaging with. Local elections are always important, but with something like Proposition A on the line, it’s time to break your campus bubble and reckon with the impact of the ballot box.

By significantly increasing the budget allocated to APD, the proposition is a threat to the true safety of Austin residents. Not only is heavier policing incredibly harmful to marginalized communities, it also redirects funds away from crucial city services like firefighting, EMS, libraries, parks, mental healthcare and more. If you’re eligible to vote, go to the polls and vote against Proposition A.

APD’s current approved budget sits at an easy $442 million. This is already an excessive amount dedicated to policing, and adding even more funding on top of this would allow APD to have its biggest budget in history. This additional funding reallocates money away from other city departments doing on-the-ground work that tangibly impacts Austin communities for the better.

Zachary Krakauer Ganz, communication and leadership junior and University Democrats member, has been canvassing and encouraging voters to vote no on Proposition A.

“(Prop A) is an irresponsible and hateful tactic to ruin what so many people love about Austin –– which is our parks, our libraries and our public services –– and give more money to a police force that already has too much,” Ganz said. “It’s fiscally irresponsible, it’s immoral and it’s just not a good plan at the end of the day.”

Rather than funding systems of policing, we should be focusing our attention toward funding initiatives like housing services, education, health equity and environmental action. We should be looking to support communities with non-violent programs that tackle the root of institutional inequities instead of putting people behind bars.

Proposition A will also institute a 2:1,000 ratio of police to Austin residents that will guide police staffing decisions. However, there is little statistical evidence for the necessity of this ratio. While this ratio is in place in some cities, it is not necessarily correlated with lower crime rates. In fact, even APD chief Joseph Chacon has said he does not support making police staffing decisions based on ratios.

The ballot question relegates Proposition A as “a petition ordinance to enhance public safety and police oversight, transparency and accountability.” The idea of public safety presented in this language is inherently subjective — more policing generally only equates to an increased sense of safety for wealthy white neighborhoods. The ordinance also encourages the police chief to seek demographic representation in hiring police officers, but fails to realize that even if police departments are made more representative, the system of policing itself is rooted in white supremacy. This proposition completely disregards the perspective of communities of color, especially Black communities, who have often been systematically targeted by police officers.

Proposition A has been endorsed and pushed by Save Austin Now, the same PAC responsible for the proposal of Proposition B, which was narrowly passed in the May 2021 elections and made it a criminal offense to sit, lie down, or camp in public areas. We cannot allow Save Austin Now to increase policing in Austin again.

“The way that the Save Austin Now PAC has positioned themselves as this ‘force for good’ here in Austin … but it’s actually this absolutely fear-mongering (group),” physics and German senior Julian Gawel said. “They’re a very big problem moving forward for this city.”

Last summer, students took to social media and the streets to express their support for the Black Lives Matter movement and to advocate for police accountability. While expressing support is important for applying political pressure and calling for justice, advocacy must be backed by policy in order to result in change.

This means that if you posted and protested about policing oversight last summer and are eligible to vote in Austin, we need to see you at the polls. Extend your advocacy and allyship by registering to vote and casting your ballot.

Early voting ends Friday, Oct. 29, and election day is Tuesday, Nov. 2. Polling locations can be found here, along with other election day resources.

Vote against Proposition A. Your ballot has the power to truly protect our communities.