UT Student Government executive board members step down amid controversy 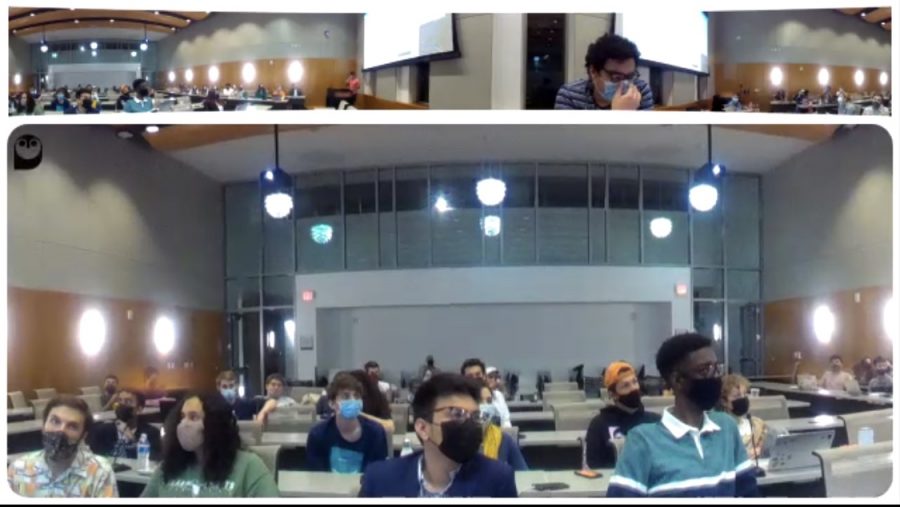 Two UT Student Government executive members stepped down from their positions Monday as a result of controversy surrounding SG’s lack of transparency toward the student body and its affiliation with the Tejas Club.

Mackenzie Smith, former SG advocacy director, said she and Meera Sam, former SG chief of staff, resigned from the organization because their requests for SG to address student concerns about transparency and to disaffiliate with the Tejas Club amid the organization’s sexual assault allegations went unheard. Shortly after they announced their resignation during a Twitter Spaces, SG released a statement on Twitter detailing that administrative director Nicolas Gonzalez would be transitioning out of his role because of his affiliation with the Tejas Club.

“Both of us were struggling,” Smith said. “We tried to bring up Tejas, and we were kind of just pushed off.”

Gonzalez declined to comment further on the situation. “I believe that the statement posted by UTSG is clear, and there is nothing else to discuss,” he wrote in an email to the Texan. Multiple requests for comment by SG were also not returned in time for publication.

Smith said they both constructed a statement last week for SG to condemn the Tejas Club and announce complete disaffiliation from the organization which included Gonzalez leaving SG. However, she said her requests were ignored by other members of the board who did not want Gonzalez to step down.

After being dismissed for bringing up SG’s Tejas affiliation and the controversy surrounding Jones, Sam said she does not think SG will make any reforms.

“The fact that (the Tejas affiliation) was even brushed under the rug slightly and not taken to the level of urgency that it warranted was concerning to me,” Sam said. “If they can’t respond to this incredibly urgent situation, then what is the rest of the year going to look like?”